According to the latest report from Check Point mobile threat research team, there’s a set of four new vulnerabilities called ‘Quadrooter’ that has affected more than 900 million Android smartphones which is powered on Qualcomm chipsets. In case any of these four vulnerabilities gets exploited, the hacker can get the root access to your device. The attacker can exploit these vulnerabilities using a malicious app which requires special permission, which also means you will never know about this app getting installed and exploiting the device.

Most of the latest flagship smartphones today in the market powered Qualcomm chipsets, such as the following list:

Here’s a screenshot of affected device by QuadRooter shared by AndroidAuthority:

So, if you are using any of the above listed device or any other device which is running on Qualcomm chipset, you must immediately the QuadRooter Scanner App and make sure your device is safe.

Initially these QuadRooter vulnerabilities are found in software drivers which usually ship with Qualcomm chipsets during the manufacturing. Hence the only way to fix them is by installing a patch from distributor or carrier. What measures can we take to safe and not get affected by Quadrooter vulnerability, this is what Check Point recommends: 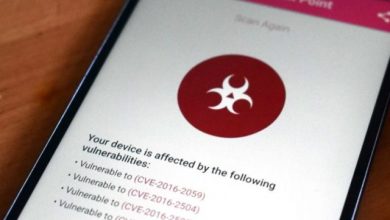