Metro 2033 Redux is the enhanced version of original game Metro 2033, which was released on March 2010. Metro Last Light is also the part of the game. The Metro 2033 Redux is a survival horror first person shooter game which is developed by 4A Games and it is published by DeepSilver. This game is based on the famous novel Metro which is written by Dmitry Glukhovsky. Metro 2033 Redux was launched in August 2014 and it is available for Microsoft’s Windows, Xbox One, Xbox 360 and Sony PS4.

When playing the Metro 2033 Redux it was really awesome game when compared to old original version. This new Redux version gives you amazing graphics, high texture quality, physics, lightings, weather effects are just great. But not all people are able to play the game. They find some difficulties while installing, while some others are facing black screen on startup, many are also looking at crashes and many more problems. So ‘how to fix those annoying problems’, see below we have a complete solution to all of your problems. If you follow all the necessary steps given below, you would be definitely able to install and play the game.

The above configuration that you just saw was for minimum and maximum systems requirements. Check with your computer if your computer measures anywhere around those configs, if yes then probably we are good to go for fixing our game issues. So let’s start with the trouble shooting guide.

Now we have succeeded in installing the game and now we are facing another issue which is game is unable to start. I know after so many tries we have succeeded till her and now the game won’t start, but don’t worry we have a fix for this problem. These kinds of problems usually happen with the high end games.

Many high end games require Microsoft Windows Vista, 7 and above to work, as this game are not supported on Windows XP. You should first disable the User Account Control and keep it disable if you are an Admin to your computer. UAC could also be a reason for not allowing you to start the game. So if you would like to disable the UAC follow these instructions:

Don’t launch the game from the Desktop shortcut icon instead go to the Metro 2033 Redux installation folder which you can find it under C:\Program Files, then look for Metro 2033 Redux.exe, make a right click and then select properties. Now you have to go to the ‘Compatibility Mode’ tab and click the box for enabling the check, then ‘Disable Desktop Composition.’ Now you have to restart the game once again.

We can see that start up issue is been solved, but there is a new issue which is causing the game to crash during the game play. If you are facing this problem, here is the fix or this:

Black screen problem is caused due to the outdated graphic card drivers, any unknown app is causing an issue or also your anti-virus could be giving the black screen issue. To fix this kind of unknown issues, follow these steps:

The high end games usually cause the low frames per second and lagging issues. Even if you have a good gaming PC, you will still find some game laggy and you should probably check for the minimum and recommended system requirements for playing the game. If you are facing the lags and low fps then you should follow these steps to remove the issue.

Rarely people face the issue of sound in the game. I have never encountered the sound issue for any game. But still for people who might face this issue, here is the fix:

Metro 2033 Redux Unable to Save Game on Steam:

This is the largely seen problem for Metro 2033 Redux as many users have complained about this issue. If you do have the same issue, then follow the steps to fix it:

Cannot install the Metro 2033 Redux is a kind of a message that we usually encounter many times when we install the games on our computer. This happens with many of the games and applications as well. For this you should always check that the minimum m system requirements are fulfilled accordingly. You should also update all your required hardware drivers and also install the latest DirectX version for your computer. After doing all this stuffs, reboot your computer and install the game again. Now the game should probably get installed.

For fixing ‘the application failed to initialize properly ’you have to download and install the latest Microsoft Visual Runtime Libraries. It will hardly take anytime as it is not a big file to download. You can download those e required libraries from here.

This error usually appears on many games. This issue is actually because of the Microsoft C++ libraries. To fix this issue you need to open control panel > Uninstall Programs > Add and Remove Programs > and uninstall C++. You might see many files of Microsoft C++ listed in your Add and Remove list. You have to delete all of those. After doing that, download and install those libraries again. Now you have to reboot the computer and then start the game’s installation again. 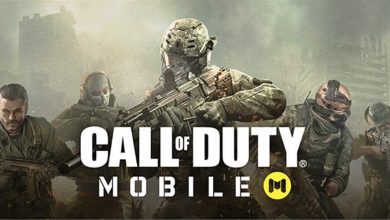