The Mi A1 is one of the most popular Xiaomi phones from the last year, so its obvious that there’s lot of expectation for its successor. As per the expectations Xiaomi has launched Mi A2 and A2 lite.

Mi A2 is actually a rebranded Mi 6X with Android One for the global market and A2 lite is a rebranded Redmi 6 pro with Android One. The Mi A2 looks a lot like Note 5 Pro and Mi A2, with the similar antenna lines and the camera bump at the back. Although the Mi A2 has bezels it still looks modern on the front side with a 5.99-inch IPS LCD (2160×1080) with Gorilla Glass 5 for protection. The colors are vibrant, its sharp and it offers great readability in almost all lighting conditions. Apart from that like the Mi A1 it has fingerprint scanner perfectly placed at the back. The usual power and volume buttons on the side with dual sim-slot (hybrid), the IR blaster on the top and USB-C port at the bottom but no headphone jack.

Mi A2 comes with 12mp (f/1.75) + 20mp (f/1.75) dual LED flash which are capable of shooting 4K videos at 30fps. There’s auto selection of lens for portrait mode which is again a great feature. The pictures are sharp, colors are nice and overall punchy, even in low-light it captures a decent amount of light and photos look nice. The camera has improved a lot from Mi A1 and it has 4K video recording which is missing from A1 and the current Note 5 Pro. Mi A2 has better selfie camera too, there’s a 20mp (f/2.2) with flash and AI portrait mode and it takes great selfies and lot better than Mi A1.

it has Snapdragon 660 processor with upto 6GB of RAM which also an upgrade from last year’s A1 and Note 5 Pro, it beats them both in benchmarks by a huge margin. App loading and multitasking is not a problem on this phone, even graphic intensive gaming will be handled with an ease. Mi A2 comes with Android One Oreo, this means the device will get timely updates and security patches, Xiaomi has also promised that this will be the first Xiaomi phone to get the Android 9 Pie. The only area where it’s a step down is the battery, from 3080mAH on Mi A1 here its only 3010mAh, but with QuickCharge 4.0

Now lets talk about the budget variant the Mi A2 lite, with a notch. Yes this device is with a 19:9 display going with the trend of displays. The specs are just a bit different with 5.84-inch FULLHD+ IPS LCD display (1080×2280) with 432ppi the display is rich and vibrant and looks really sharp. Under the hood there’s Snapdragon 625 with 3GB RAM + 32GB / 4GB RAM + 64GB options.

This one is an old and tested processor which is known for performance and power consumption. On the camera front the Mi A2 lite has 12mp + 5mp dual cameras (f/2.2) with AI portrait mode which take beautiful pictures and gives a nice DSLR effect to the images. On the front we have a 5mp (f/2.0) wide-angle lens selfie camera with HDR, AI portrait mode and face recognition. Mi A2 lite has an upper hand with dual sim-slot with a dedicated microSD card slot, which is missing on Mi A2 and even the battery is bigger at 4000mAh. Mi A2 Lite is also powered with Android One which gives a peace of mind to the budget buyers.

This leaves the buyers with a choice of a much powerful phone with a better camera capabilities and performance but a compromise in battery, headphone jack and the hybrid sim-slot or a budget variant which is capable device too but with a less powerful chip and a mediocre camera.

Honor Play Review - The Best Gaming Phone in its Range 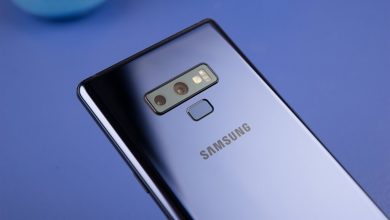 Honor Play Review – The Best Gaming Phone in its Range