The Community Manager, 343 Industries (Brian Jarrard) has announced recently that the studio has released a playable demo of Halo Wars 2 on Xbox Store. Later, the trial version will also arrive on Windows Store.

For all those who still have doubts about whether to purchase the new exclusive game from Microsoft, Halo Wars 2, can now download the free demo of the game and try it out for themselves. The demo is already available on Xbox One and will be released on Windows 10 “soon”, as announced by Microsoft. The game is available in stores since last week and for those who have not decided to buy the title can test the game via this demo which is 13.85 GB in size.

The demo includes a campaign mission, “The Signal”, as well as access to Blitz Firefight mode. Larry Hryb, also known as Major Nelson on the social networks, gave this statement on his official Twitter profile: “Want to give Halo Wars 2 a try? Now you can with the free demo now available on Xbox One.”

The demo of Halo Wars 2 will allow you to play a mission of the campaign and to try out the multiplayer and the map of Blitz Firefight, using the means of Atriox and Captain Cutter. At present, the trial version will be reserved only for Xbox LIVE Gold subscribers, it is unclear, however, if in the future, it will also open to the Silver users.

It is important to note that you will need an active Xbox Live Gold account to access the demo on Xbox One. Recall that Halo Wars 2 is now already available on Xbox One and Windows 10. 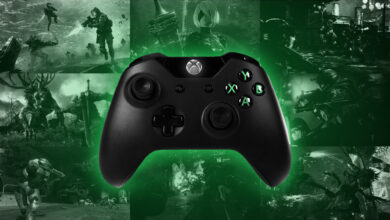