Motorola that has surprised everyone with the pricing of its recent Smartphone’s Moto X and Moto G which led the brand to think about the successor Moto X+1 . Moto X+1 is the upcoming smartphone from the company. The Moto X+1 will be available through Verizon, AT&T, Sprint and T-Mobile. Moto X+1 will be featuring with a back panels options which we had already seen in the Moto X. Motorola Moto X that was a huge success is reportedly going to have a successor, named as Moto X+1. The company is well known for trying out different materials for the back of its device and can be seen with leather back for the first time

Earlier Moto X was launched with an amazing 4.7 inch display offering you with 720 x 1280 pixel resolutions. This device is powered by 1.7 GHz dual core Qualcomm MSM8960Pro Snapdragon processor accompanied with 2 GB of RAM, the phone will be running on the latest Android 4.4 KitKat Operating System. Moto X has a 10 MP rear camera with an amazing LED flash, we also get 2 MP sensor on the front facing camera using we can make video calls and conferencing in HD quality video. Apart from this feature the additional features like controlling the device with voice commands or just twist the wrist twice to open the camera and also the flip to silent mode. 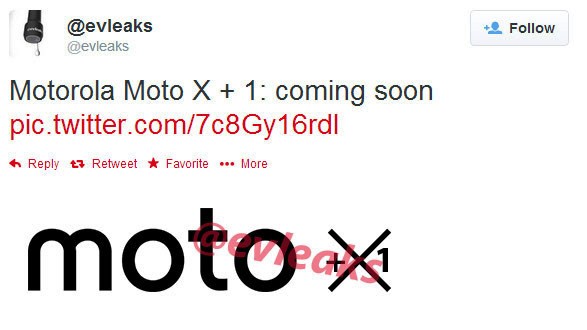 The specifications and other information’s of the device are not known yet but should be getting all those in the near future from the company. Stay tuned for more information and updates