iBall Slide 3G 7271 HD7 is the latest and successor of iBall 3G 7271 tablet which was launched earlier of course. It is running on Android 4.2 Jellybean and comes with Dual SIM Slots. Featuring 7 inch capacitive 5-point multi-touch display with 1024 x 600 pixels resolution, it is powered with 512MB of RAM and 1.3 GHz  dual-core Cortex A7 processor. Users also get 2 Megapixel rear camera as well as 0.3 Megapixel front facing camera for video calling. The tablet comes with built-in 2GB storage memory which can be further expanded using MicroSD Card. As per connectivty the tablet supports built-in 3G, WiFi, Bluetooth and GPS.

As the tablet clearly seems to be mid range, you will require its PC Suite to carry out several important tasks such as Backup, Restore or Syncing. Using this Windows based small tool, you can Backup or Sync your contacts, messages, appointments, etc between computer and the tab or sync it with MS Outlook or Clouse services like Google. The PC Suite also keeps your device updated to the latest available firmware along with latest version of all installed applications. Using this tool you can also connect your iBall tablet as a modem for sharing internet on computer over USB Tethering. If you want you can also download the USB Drivers for iBall device from this page which are very essential while rooting or installing custom roms in your Tablet. 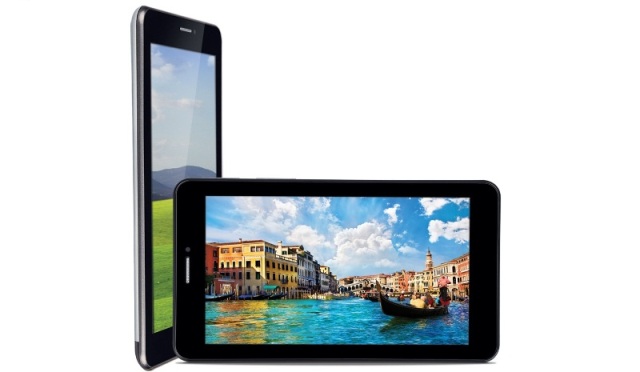