The 5th installment of the series, Devil May Cry 5 is all about winning and mastering the battle with your own unique style. The story of the game might sound confusing at first but by the time you come to know, you’ll surely love it. For the beginners the game is not going to be easy, even the one who has played earlier episodes of this series may find DMC 5 difficult at some level.

So here we are helping you with kind of weapons you should prefer to fight the demons and how to achieve the highest rank in the game. Basically, it is a guide to ace the game.

How the Ranking system works in Devil May Cry 5?

First of all, let us try to understand how the ranking system of Devil May Cry 5 works. The ranking is the soul of game and makers made it unique by providing letter grade after the end of each battle and probably at the end of each level. The alphabets they use depicts special meaning which is as shown below

S stands for the highest ranking in Devil May Cry 5. Ranking will totally depend on how you play the game; it requires strategic and unique fighting skills to achieve a good rank. It will increase if you will use a wide variety of moves in combat and it will drop too if you got attacked by enemies in the game. It was suggested by other users to not use the same old techniques in the game repeatedly since it can lower down your ranking to D. At the end of each level you will come to know about your ranking.

How to get an S rank in Devil May Cry 5

It is better to use the best combos of a weapon in the game to win it. Blue Rose Nero’s gun is best known for connecting melee attacks when the enemies are widespread so that you can attack scattered enemies. Devil may cry 5 combos are best to attack for distant enemies, although don’t rely much on it. As stated excessive of everything can be bad, so use combos efficiently. Before using combos, study it briefly for better use.

How to master the Red Queen by Nero in DMC 5

The most used weapon in the Devil May Cry 5 is a Red Queen and it is also important because It is Nero’s most preferred weapon. It is mandatory to master the Red Queen. Most of the users rely on Red Queen aerial activities, but you will get shocked by knowing that you can mix things up such as gunshots and devil triggers. To remain alive in the game it is must use Dodge and jump. The more mobile you remain in the game the chances are high for you to be alive.

The character Dante in the game is best known for his weaponry moves and the kind of weapons he carries in the game. Unlike Dante, Nero prefers swords. Other than sword he packed himself up with lots of guns which also involved major damage causing device i.e. Rocket launcher.

Lots of weapons like chainsaw; Cavaliere has a capacity to transfer themselves in a bo staff. To make Dante more versatile in the game you can prefer these switching techniques which work as gasoline in the fire.

By using these switching techniques between the game increase your performance and is going to be a major help in the attack.

DMC 5 V Combo Guide: How to level up skills and when to finish enemies

The most deadly character V is known for his moves. Griffon, shadow, and Nightmare are known as the three major beasts of V. Let’s dig more deeply into V moves; the shadow is typical V melee move, griffon thunder is preferred in ranged attacks and nightmare is somehow related to Nero’s devil bringer. All three powerful features keep V safe in the fight from strongest enemies.

The other way to remain top on rank and make combos little more interesting is to explore and buy new skills by seeing the evolution of your demons. V has a lot of potential in DMC5, so it would be better to make the best use out of his character. Use his ability wisely and carefully in game. 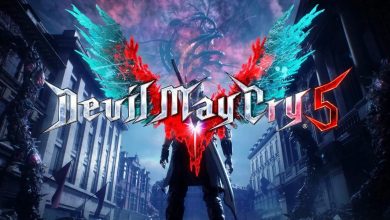 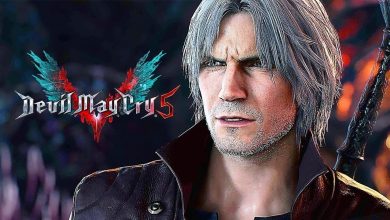 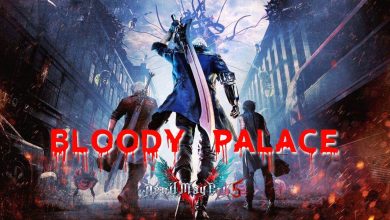