Cubot is know for its budget friendly smartphones with competitive specs and features. They proved it again by launching the all new powerful and rugged smartphone named ‘Cubot Quest’. They have made this phone with three key aspects which comprises of: Performance, Resistance and Endurance.

For the resistance, the company has built Cubot Quest of rugged material and the screen is made of Corning Gorilla Glass 5. For power and performance, it comes with 4GB RAM with 64GB ROM along with latest Android 9.0 offering smoother performance.

To be first to know about the latest Cubot Quest, read this entire review. We have covered everything about this much talked about phone. It is built specifically for those who have very active life and want to have a very protective rugged phone. This phone appears to be a tough competition to devices in this genre. So, lets deep dive into the specifications of the phone in the next section. Keep reading…

If we talk about the display of the smartphone, Quest has 5.5-inch screen protected with Corning Gorilla Glass 5 for better durability. The phone is designed in a way that it is not at all bulky or heavy. The rugged phone is packed in sleek design equipped with MediaTek Helio P22 Processor. It comes out of the box running latest Android 9.0 operating system offering the best Android performance.

Cubot Quest is having 4GB RAM and 64 GB internal memory which can be extended up to 128 GB as per the requirement. The higher variations with 6GB RAM and 128 GB storage will also be available. The entire look and feel of the Cubot Quest is very sporty. You can make sure that you have this phone if you are among those people who love hiking, travelling, swimming, etc.

Moving further to the very important feature of the device, something which totally define he sales life of the smartphone. Guessed? I am talking about the camera. The phone is studded with 12.0 MP and 2.0 MP dual rear camera while the front camera is 8 MP with f/1.8 aperture. The camera has very special feature of night detection, panorama and HDR. The photos clicked are very bright and clear.

Cubot Quest is a styled phone with 4000 mAh battery. It is non removable lithium battery, like we have in most of the smartphones these days. The durability and life of the battery is very good. When it comes to the external media connections, there’s USB Type C. The speaker of the phone is at the back in the lower left corner. The phone comes with fingerprint sensor mounted on the back of the phone offering better security.

There is also a dedicated hardware button on the left side of the phone where you can assign any particular app or option for quick access. Surprisingly, Quest also comes with NFC built-in that also supports Payments. Well, nobody except Cubot can offer such features at such affordable price.

We have tested the phone at our place against various test cases which include testing it against water, shock and dust and the results turned out to be as expected. We have clicked photographs also. And the Night Mode of the phone is really awesome. The indoor picture is well lit, and the camera can also take mono chromic pictures. We are indeed surprised to see the quality of pictures it takes. The sound of the phone is also very clear and good. We have tested it by playing songs, and Infact during games also. The quality and the power are commendable, I must say this.

When it comes to communication, Cubot Quest supports 4G LTE + VoLTe on both the SIM cards and the quality is moderate here. It also supports NFC which surprised me a bit because in the price range of $150, which brands gives you NFC? But Kudos to Cubot for making such exciting smartphone. It is very fast and functions smoothly. You will not experience any bump during your in-hand experience of this smartphone.

The phone also has some of its cons which include not up to the mark HD screen. The 3.5 mm audio jack also contribute to the weaker section of the phone, but I guess we can ignore this if we see price to be on the bigger side.

It is basically designed for people who are hikers, explorer or those who visit extreme geographic locations very frequently. Those who want their smartphone to be built with strength, they must invest in this phone and this will be worth their every penny.

You can by Cubot Quest rugged smartphone from GearBest to get the best price, fast delivery and genuinety assured. You can grab the 64GB variant phone for $149 while the 32GB variant costs $119. The price of this sporty phone is also one of its attractive features. You can surely consider buying Cubot Quest this year. The price will be raised in accordance with the higher variations of the handset. This phone was launched in February this year followed by its lite variant called Cubot Quest Lite.

Cubot Quest has got everything from performance, power, look and endurance. This is a powered pack smartphone which I will surely recommend you purchase and enjoy. Personally, I’m completely satisfied by it. So, this was our final review of this Quest Rugged phone, if there is anything, we have somehow missed then do let us know. We will post your queries/concern with answers in the next section and keep you updated with all the lasts tech notes. Till then, keep reading. 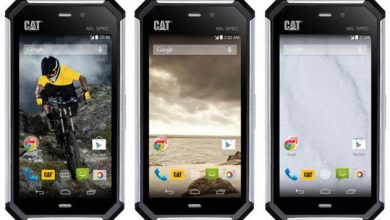