Rockstar has added various new elements in the game for its fans, which includes new missions, new weapons and skins, new apparel and much more. Here is the list of new Features of Red Dead Online through this biggest update after leaving its Beta phase. So, check these out!

Rockstar has introducedPoker in the RDO. So, you can grab some drink and play Poker with the people around you or with your group members. You can find these poker tables at various locations across the map.

The new weapon that has been added is the LeMat Revolver. With the update, you can switch more between rapid-fire bullets and shotgun shells with LeMat Revolver. You can purchase these from Wheeler, Rawson and Co.

Various Free Roam Missions and Co-Op Missions are added. Along with these, many side missions are also introduced. Many new characters from the main Red Dead Redemption 2 are also featured in RDO.

Poncho has been added as a new piece of clothing, which fans were waiting fir since the long time.

The new anti-griefing features has been added which will track the aggressive behaviour of the players in both the playing modes.

Three Posse Versus Contest including Fishing, Bird Shooting and Herb Picking has been introduced.

Apart from these changes, update brings a lot of other additions in the content of the game. Moreover, Rockstar has also promised to add new Free Roam characters, Weapons, Showdown Modes, Contest and Rewards in the coming updates. No doubt, these new additions have made the Red Dead Online even better and enjoyable. This update is indeed very overwhelming for the growing fan base of this popular title.

So, if you haven’t checked out these amazing features in the RDO already, then we recommend you to play the game and we promise you’ll never regret. This was all about the new and awesome features of the Red Dead Online. Also, checkout the related articles at oceanup.com 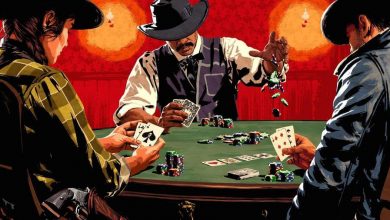