Ghost Recon Breakpoint has announced its release on October 4th by releasing a breathtaking trailer. The game is developed by Ubisoft and it will be available on Xbox One, PS4 and Microsoft Windows. So with the revealing of date lot of hearsay about game starts spreading.

About the genre of game it is the sequel of Ghost recon Wildlands. However you will be going to observe lot of changes in the game such as conflict, campaign etc. You will see the group of ghost named as Wolves. It allows you to play game Solo or in Groups. The fictional island where the fighting sequence of game takes place is Aurora Island. Makers made the game exciting by proving challenges or other features. You can also take advantage of customization features by creating ghost of your choice.

The most interesting thing about Ghost Recon Breakpoint is the one we are going to discuss in this article which has already started grabbing people’s attention.

Those who know Jon Bernthal, also known as The Punisher will act as a villain in Ghost Recon Breakpoint.

Well, this is quite surprising. A lot of users were asking the developers, why Jon Bernthal as a villain? So they finally came up with an answer to satisfy all the question popping in everyone’s head.

Recently the interview held with the creative director Eric Couzian and it was asked to him why Bernthal?

Replying to questions, creative director confirmed that they want the Character to be stronger than any earlier ghost. They decided the character to be more powerful and one which can literally count as a villain. Those who are aware of the concept they know about the ghost. Ghost is considered as the one hell of an enemy. And for this, nobody can be better than Jon Bernthal .So keeping this in mind makers took a lot of time for this character.

However, Jon Bernthal is known for his character playing in Punisher, Walking Dead, Sicaro, Baby driver, fury, etc. He is known for his best choice and love for action pack games. So no doubt why he has been considered as the first choice. But the catch here is, the known actor is known for playing a positive role on screen. To best of our knowledge, it’s been the first time when he is going to play negative or villain in Ubisoft’s game.

In the latest preview of the game, they revealed the character play in the game. Till now what we heard about the game is it has a layer of characters whom we will see unfolding in games.

As cleared by the makers itself Ghost Recon Breakpoint will be available on PS4, Xbox One, and PCs. The game is going to be exciting. It has been called as most awaited game of the year. It is not early to say that within upcoming months we will hear a lot about Ghost Recon Breakpoint. Lots of hearsay will still ready to come out. So till then what we are saying to our readers to hang in there and wait for the game to come in the market.

Windows 10 Tips: How to Take Ownership of Files and Folders 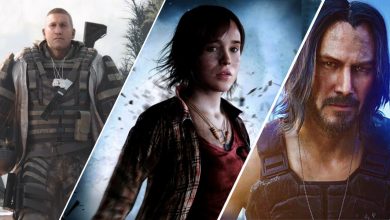