Square Enix has recently dropped the first ever trailer of its new upcoming video game ‘Marvel’s Avengers: A Day’ at E3 2019. But the fans don’t seem to be very happy. This is indeed very shocking at first as MCU has its massive fan base and the fans just gave an emotional farewell to their favourite superheroes. Marvel Studio has just wrapped up their story with the most emotional and heartbreaking as well as record breaker movie ‘Avengers: Endgame’.

Instead of becoming excited, fans are rather disappointed with the trailer. Want to know why?? Then, keep on reading, we’ll tell you the reason behind the disappointment.

For those who don’t know, Marvel’s Avengers is the video game based on original Marvel’s Superhero theme. You can play the game as any of your favorite avengers including Iron Man, Thor, Captain America, Hulk and Black Widow. In the trailer, we can see all of our favorite Avengers are reunited at the San Francisco HQ. They came together to save the world from a serious jeopardy.

Although it sounds interesting but there is a big turn-off – here it is! To the fans, the character of the game does not look like their original superheroes in the movies. Also they lack in polishing. Well, it is very obvious because the MCU fans are grew up watching their heroes and thus the un-acceptance for the game characters that doesn’t even look similar is very likely.

The fans are fond of Chris Evans as Captain America, Robert Downey Jr. As Iron Man, Mark Ruffalo as Hulk, Chris Hemsworth as Thor, and Scarlett Johansson as Black Widow hence, they are disappointed to see the game characters which do not even look close to the originals. The game characters got their voice from the new actors including Jeff Schine as Cap, Nolan North as Iron Man, Troy Baker as Hulk, Travis Willingham as Thor, and finally Laura Bailey as Black Widow.

After the release of Marvel’s Avengers game trailer, twitter got flooded with trolls and criticism for the game. Since the game is due for the release in next year i.e 2020, there is a lot of time for the improvement which Square Enix will do most probably after having this bitter taste of the criticism.

After the rumours that have been revolving for around two years, Scot Amos, the head of Crystal Dynamics studio has finally gave us the official outlook to the project at E3, 2019. The release date of Marvel’s Avengers game is not that far away. Fans much loved superheroes will mark an entry to the gaming world in next year 15 May, 2020.

It will be available on Microsoft Windows, PlayStation 4, Xbox One and even Google Stadia. If you are a proud owner of PlayStation 4, then here is good news for you. The PS4 owners will get the upcoming exclusive content as well as the early beta access to the game – isn’t it exciting?

That means, you can play the game through the early access even before its official global release. 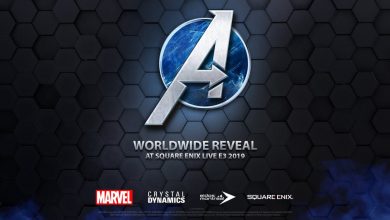