Video games with the digitized likeness of the popular Hollywood actors are in trend these days and gaining much popularity. The Big gaming names are now hiring popular actors to bring their gaming characters full of life, which attracts a lot of players and hence increases the marketing. Recently, we broke through the news of Keanu Reeves appearing in the upcoming video game Cyberpunk 2077. This was announced in E3, 2019.

In this article we are listing more Hollywood actors that made it to the video games. If you want to know then, keep reading on.

Let’s start with fan’s favourite actor Keanu Reeves. Reeves are popularly known for his role as John Wick in the famous John Wick action/thriller movie series. During E3 2019, Keanu Reeves himself announced that he will be appearing in the upcoming RPG Cyberpunk 2077.It is the biggest and bestest news for the fans out there. Cyberpunk is a role-playing video game developed and published by CD projekt. The game is due for the release next year, on 16 April 2020.

Apocalypse is the oldest and best third person shooter video game that was released in 1998. The game is developed by Neversoft and published by Activision for PlayStation. It featured Bruce Willis’ voice and likeness that made the game outstanding.

Onimusha 3, which is the third instalment of the Onimusha series featured famous French actor Jean Reno. Reno played the role of Jacques Blanc, who is a modern day police officer.

Jet Li in Rise to Honor

The famous Martial arts movie actor Jet Li appeared in Rise to Honor for PlayStation 2 in 2004. His likeness and terrific moves made the game more interesting. Jet Li played the role of a undercover cop Kit Yun whose mission is to protect crime boss’ daughter.

If you’re a Assassin’s Creed fan, then you may already know actress Kristen Bell playing the role of Lucy Stillman. Kristen Bell has played recurring roles in the series. Lucy is an assistant to Dr. Warren Vidic who is helping Desmond to gain the memories of Altair who happens to be his assassin ancestor.

Chow Yun lent his likeness and voice to the video game called Stranglehold. The interesting thing is, the video game is a direct sequel to John Woo’s movie Hard Boiled released in 1992. Chow Yun played the main action character ‘Tequila’ Yuen who is an inspector.

L.A Noire is a famous game of its time. It was released in 2011. Aaron Staton who is popularly known for his role in the series Mad Men has given his digitized likeness to L.A Noire. He played as game’s main lead Cole Phelps, a detective. The game used its ‘MotionScan’ technique to capture actors’ facial expressions from different angles, which then used by players to detect the mood and expression changes during the play.

The Call of Duty series has featured many film actors’ likeness and voice. The most popular game is 2014’s Call of Duty: Advanced which featured Hollywood actor Kevin Spacey. The game made the huge sale in the market. Spacey played the main antagonist Jonathan Irons.

Nathan Fillion has debuted in Halo 3 in 2007 by lending his voice to a character named Gunnery Sergeant Reynolds. However, in 2009’s spinoff Halo 3 : ODST, Fillion lent his digitized likeness as well as the voice to a different character named Gunnery Sergeant Edward Buck who also appeared in Halo 5 released in 2015. Moreover, Halo 3: ODST also featured voices of actors Tricia Helfer and Alan Tudyk.

If you’re a Star wars fan then you may probably know actor Sam Witwer as the voice of Darth Maul in Star Wars: The Clone Wars and Solo: A Star Wars Story. Sam Witwer has played Darth Vader’s secret assassin Starkiller in both of the Force Unleashed games.

Ellen Page in Beyond: Two Souls

Ellen Page lent her voice and likeness in 2013’s video game Beyond: Two Souls. It is a adventurous game with an amazing storyline. Ellen Page plays a role of a woman who is physically bonded to Aiden, an incorporeal entity. The game also featured Willem Dafoe. These actors have impressed the players. There has been an extensive motion capturing and voice-over duty offered by the actors.

Interestingly, many gamers found Page’s character similar to the Page-esque character Ellie from The Last of Us. The characters were so look alike that even the actress Ellen Page was surprised on seeing the similarities.

Hayden Panettiere in Until Dawn

Until Dawn is a action/adventure based survival horror game that was developed by super massive Games and published by Sony Computer Entertainment for their PlayStation 4.

The game has featured several Hollywood stars in the game but the biggest surprise was featuring a celebrity from the most popular movies like The Evil Dead and Friday the 13th. The celebrity we are talking about is none other than Hayden Panettiere. The game also featured Rami Malek, Brett Dalton and Peter Stormare.

Finally, Norman Reedus is all set to mark entry in the upcoming video game Death Stranding. It is developed by Kojima Productions and published by Sony Interactive Entertainment for PlayStation 4. The game is due for release in the end of this year. In the game, Reedus will be seen playing the main character Sam Bridges who helps to connect the isolated people in post apocalyptic US. He already became the face of the game since the release of the first trailer of the game. For those who don’t know, Norman Reedus is popularly known for his role in The Walking Dead.

Moreover, the game also features the likeness and voice of many other actors including Mads Mikkelsen, Léa Seydoux, Lindsay Wagner and also some directors including Guillermo del Toro and Nicolas Winding Refn.

Here’s How You Can Fix Netflix Error Code U7353: Windows 10 Troubleshooting 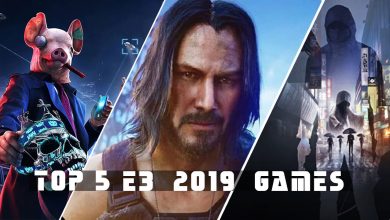 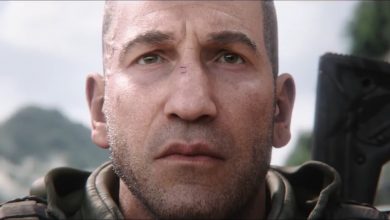 Why Jon Bernthal Was Cast as the Villain in Ghost Recon Breakpoint Explained: Watch Trailer