From the rusty dial-up connection to fiber broadband and coaxial cables running from one neighborhood to another – how the broadband regime has evolved. With the broadband realm constantly advancing, now internet connectivity options are surging with wired and wireless internet offerings.

However, the two prime contenders in the broadband war are cable and fiber-optic. So, now you might be thinking about how these two compete against each other? Which one is speedier? Which one is more reliable? Are these even available in your relevant regions?

Read this piece of content to get the solutions for all your queries, here we have provided all the aspects, including the pros and cons of both the things. So, keep on reading until the end and discover new things about each type and later on decide which one you want.

Cable broadband molds perfectly for the internet speed needs of the standard web surfer to bandwidth-hogging users. The max speeds fiber-backed cable can ascend to is 1,000 Mbps but for a la carte fiber-optic, the speeds can touch 2 Gbps or even more in select areas.

On residential levels, a good 100 Mbps would suffice for multiple device connections, unlimited downloading, streaming, and even online gaming. So, getting 1,000 Mbps speeds for your household would not only be costly but a major part of the conferred speeds could potentially go to waste.

Now let’s have a brief look at fiber and cable speeds and the corresponding internet service providers. There are varied internet service providers for cable in the U.S. such as Xfinity, Cox, and Spectrum. The common practice for each such provider is to grant download speeds starting from 20-50 Mbps and then move up to 300 Mbps. Spectrum is one cable broadband provider that grants near-gig speeds of 940 Mbps, however, to select areas of the U.S.

If you want to check whether a certain speed range is available in your area or not, you can contact Buytvinternetphone and view the befitting deals from there.

Now we move on to fiber-optic speeds. Despite being faster than cable, DSL and satellite broadband combined, fiber is still a rarity worldwide. Over time, its usability is expected to outspread worldwide. The speeds for fiber internet tend to start from 100-150 Mbps and then escalate to gig speeds. Some providers even have the common practice to offer symmetrical upload speeds. So, if you are getting 1,000 Mbps download speeds, you get a symmetric equivalent for the upload speeds as well.

Internet speeds escalating 100 Mbps or so surely do seem enticing but don’t always expect the speed range to stay stable throughout the day. There have even been instances where subscribers have complained about getting download/upload speeds that reduce over time.

How reliable is cable in competition with fiber broadband and vice versa? Both have their own set of reliable bits but fiber gets a relatively higher upper hand this time. It’s because coaxial cable lines are more prone to be interrupted and outages are common. Nevertheless, this notion varies from region to region. But if you reside in a remote region, be ready to wait long hours for an internet fix.

The aspect of reliability is where fiber internet takes the cake. Why so? Fiber-optic lines tend to behave passively. The fiber lining isn’t interrupted if the network goes down as it doesn’t need power like a cable does. There cannot be any untimely power malfunctions caused by fiber-optic as unlike cable, fiber cable is made of glass.

The internet service providers that dominate the U.S. comprises Spectrum, AT&T, Frontier, Xfinity, and Cox. All these providers offer a myriad of internet plans with offerings that vary for each speed tier. But this doesn’t mean if an ISP is granting gig speeds in Los Angeles then it will do the same for Dallas or any other Texan locality.

While a dial-up connection can be easily available in the suburbs, a cable would come second and fiber optic is still a rare gem as there’s still a long way to go for fiber broadband to secure a stable stance in far-flung suburbs.

But in comparison to fiber, cable broadband is doing a relatively great job. The same coaxial cable that is wired to run through cable TV streamlines cable internet connectivity. Fiber optic needs to be installed and wired to the relevant vicinities through a different cable form, which is still not widely installed on a global scale.

Comparison Between Fiber Vs Cable Internet

Here is the overall comparison of fiber broadband and coaxial cables. So, take a look at them and then decide which suits you best:

Fiber broadband still has a long way to go to spread its roots worldwide in terms of coverage. But cable broadband, if you only talk about the U.S., it’s impeccable how the city has 89% cable broadband coverage. Alternatively, fiber governs a mere 25% nationwide coverage.  The fiber broadband has a fast data transfer rate even in long-distances, but it is not that widely popular than the coaxial cables. Whereas you’ll see cables pretty much everywhere. However, the internet realm will face swiffer speeds as with the need for high-speed internet surges, more progressions will take place.

Cables are best for those who are living in those areas where fiber is unavailable, and there is no requirement of the fast speed of the internet for them. On the other side, if you’re a heavy internet user like who plays a lot of games and stream videos on multiple devices, then Fiber Broadband is the best for you. So, choose whatever fills your needs and also fits in your pocket!!

Humanization of AI in Retail 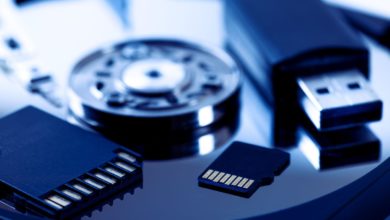 Quick Guide to Storage Devices in 2020 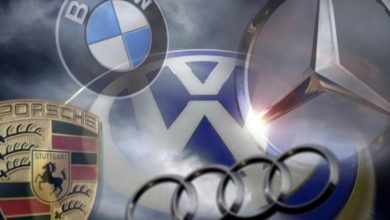 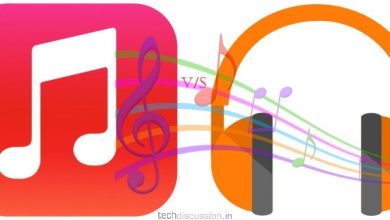