Dick Cheney, the 46th vice president of the United States who served from 2001 to 2009, is a businessman as well as a politician. He has been described as the most powerful vice president in the history of this country. Here you can find out all about his life, career, and income.

Richard Bruce Cheney was born on January 30, 1941, in Lincoln, Nebraska. His parents, Richard Herbert Cheney and Marjorie Lorraine, are of Welsh, Irish, English, and French ancestry. He is one of the couple’s three children.

After attending Calvert Elementary School, his family moved to Wyoming, where the boy enrolled in Matrona County High School. He went on to study at Yale University, but he dropped out due to troubles in adjusting to the college. He eventually graduated from the University of Wyoming, earning a Bachelor of Arts as well as a Master of Arts in political science. He also started but failed to finish his doctoral studies at the University of Wisconsin-Madison.

His career in politics started in 1969, as an intern for then-congressman William A. Steiger. Since then, he has been the White House Staff Assistant, Assistant Director of the Cost of Living Council, Deputy Assistant to the president, and White House Deputy Chief of Staff.

In 1978, Cheney was chosen to represent Wyoming in the United States House of Representatives. He was re-elected to that position five more times, serving until 1989. He was also the elected Chairman of the House Republican Conference.

He voted against establishing a holiday in honor of Martin Luther King Jr. but changed his mind five years later. He opposed sanctions against many countries, as he believed “they rarely work”. Cheney was against the release of Nelson Mandela from prison.

He spent the period between 1989 and 1993 working on the position of Secretary of Defense as nominated by the then-president, George W. H. Bush. The Senate confirmed this nomination by a vote of 92 to 0. While on this position, Cheney directed Operation Desert Storm and the U. S. Invasion of Panama- which resulted in him receiving the Award for Greatest Public Service. The only issue he faced as Secretary of Defence was the Department’s budget. He managed to reduce its financial needs by a million without making the work suffer- the U.S. military had ensured dominance in the post- Cold War era.

Vice President Cheney fully supported the U.S. invasion of Iraq, but openly criticized war critics, who were, according to him, opportunists. He hated that they only thought about political advantage while soldiers gave up their lives for America on Iraq soil.

His daughter, Mary, and her sexual orientation became the talk of the town during the 2004 presidential election. Dick Cheney, who was later re-elected alongside Bush, stated that he supported gay marriages. However, he noted out that American individuals should decide on their own opinion.

In February, Dick Cheney suffered an assassination attempt. During a visit to Afghanistan, a suicide bomber killed 23 people and wounded heavily 20 more- all to get to the Vice President of the United States of America.

In 2007, he served as the acting president of the United States once more. Bush had undergone a medical procedure that July 21 which required sedation. Later that same day, he returned to his usual duties.

Dick Cheney the first Methodist vice president of the United States of America.

His wife, Lynne, is a public speaker and an author. From 1989 to 1996, she was the head of the National Endowment for the Humanities.

They have two children, Mary and Elizabeth Cheney. Elizabeth, following her father’s footsteps, has been a congresswoman from Wyoming since 2017. She is married to a former General Counsel of the Colorado Rockies, Philip J. Perry. Mary, who lives with her wife in Virginia, is a former employee at the Coors Brewing Company.

For the sake of his daughter, Cheney is fully supporting gay marriage.

Given that he has been suffering from cardiovascular diseases and had five heart attacks, many questioned his ability to work in public office.

Sources estimate that the politician’s net worth in 2020 amasses around $40 million. 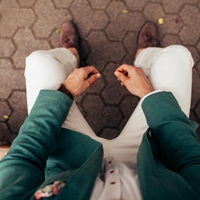 Everything You Didn’t Know About Devin Brugman