After the scandal with the NHS worker in which she told him to shut up, Lauren Goodger finally got out of her house. She was seen in Essex without the face mask, even though she was wearing one in days before the scandal.

As always, the reality star was stylish as she wore a grey jumper over the blacktop and black trainer. In addition, she also had a pair of tracksuit bottoms.

On Tuesday, the star announced on Instagram that her beauty salon would be closed because of the crisis with coronavirus. She posted a picture in which she wrote that the salon Lauren’s Way is closed, but she is still available online for bookings.

A couple of days ago, the TOWIE star posted a photo with the mask while she was outdoors. She received a lot of negative comments about that act. People were accusing her of selfness. One of the comments was from the NHS worker. He wrote, ‘You are not meant to be out. So so selfish. Did you seriously not think before posting this? I work for the NHS. People are dying. Please delete this and please stay indoors.’

Goodger replied back: ‘I am working, please shut up. Until the government and NHS say all salons must close, until then I am working!’

The argument continued, and Lauren received more negative comments because she said ‘shut-up’ to NHS workers. She was shocked by how NHS worker is writing hate comments on her page, so she wrote: ‘Go and put your hate and negativity elsewhere! What type of person that works for the NHS wants to write hate on a celeb’s page! Disgrace!’

People were also commenting that Goodger is using a mask as a fashion statement, which also received a lot of critics.

So today was covid19 mask ..be safe be careful and keep clean ? .. #quarantine #copyright @backgriduk #thanks #onlines

However, after a while, the attractive reality star continued to make jokes about isolation. It seems like negative comments didn’t affect her.

How Technology Helps Us In Our Daily Lives

6 Books to Read during Self-Isolation 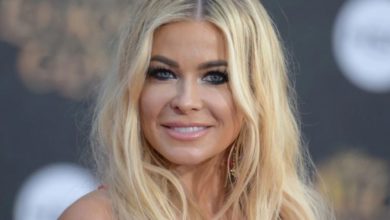