After the UK authorities entered a lockdown, all the restaurants and bars closed, including the string of Gordon Ramsay’s outlets. The famous chef fired 500 people and left them desperate.

Apparently, the 53 years old chef summoned a meeting for his staff and announced that their contracts were terminated. As one of the sources claimed, a lot of people were in tears. Afterward, employees received e-mails in which were explained that they would be paid only up to April 17.

The famous chef has a net worth of $140 million but still didn’t provide any kind of surety to the employees. Also, he said that he couldn’t guarantee to people that they will have their jobs back when the Coronavirus crisis ends.

The spokesman of Gordon Ramsay’s restaurant announced that they are not doing anything different than the other restaurants.

A lot of people had many negative comments about this situation, and one of them is chef Anca Toropu.

“All of us have worked so hard for Gordon Ramsay, and he had just got rid of us when we needed his support the most.” – said Anca for the MailOnline.

Pro Tip: Remember when you #stayhome and cook not to burn your dish ?‍♂️ #Scrambled returns tomorrow !!

She also added that a lot of people were left in tears and that Gordon’s action was brutal.

Social media platforms are full of negative comments and critics for the famous chef Ramsay.

How Baby Archie is Handling the Coronavirus Crisis 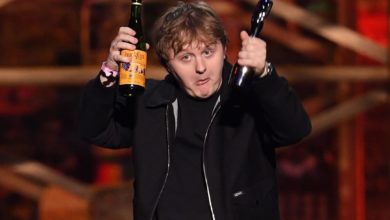 Lewis Capaldi Is Not Impressed by This Comparison