Technology and impact are two words that are more closely tied than anything else. Technology impacts all aspects of life, and a very important one is modern television.

It’s safe to say that TV is very different nowadays than what was a few decades ago. The way you watch TV now is fundamentally different from how other demographics do.

For example, nearly 70% of all younger Americans are using streaming services to watch modern television, while the older generations prefer aerial TV as their preferred choice of TV.

This is just one example out of many that showcase technology‘s impact on modern viewing habits. To easily explain things, we will talk about the impact technology has had on modern television.

So, without wasting too much time, let’s start.

The segment connects nicely to the previous one in a way that the internet is a preferred venue where younger generations watch TV. This is because technology allows it. Nowadays, we can watch TV on our desktop PC’s, our tablets, and our smartphones.

This was seen as a revolutionary thanks to the emergence of streaming services such as Netflix and HBO. What this means is that people are using other devices (other screens) to watch TV instead of the good old TV.

Thanks to on-demand connectivity, we can stream our favorite shows whenever we want, wherever we want. We can pre-download them and watch while going to work without even needing internet connectivity.

Our viewing habits fundamentally changed thanks to this revolutionary discovery, and we have many people to thank for.

Literary everything is connected to the internet nowadays. For this topic of discussion, the internet has changed modern TV forever due to advancements in technology.

While the remote controller was something seen as a revolutionary step towards tech enlightenment a few decades ago, it is actually the internet that takes the cake.

The internet makes it possible for us to achieve unimaginable speeds when it comes to watching your favorite shows. By being able to pick and choose which shows or movies to watch all from the clutches of your fingertips is a revolutionary step with modern television.

But this was never possible if the internet didn’t progress the way it did. Watching on-demand TV without having a solid internet connection is simply not possible to achieve.

By having fast internet speeds, you’re eliminating the “buffering” problem, which is that annoying loading you see whenever you try to stream a show or a movie.

We’ve waxed lyrical about streaming services such as Netflix, HBO, and the rest of the gang, and we’ve also given praise to the internet for making it all a possibility.

But one fundamental problem with these services is the fact that they’re quite limited in regards to the content.

Simply put, no television provider can have the same reach as traditional TV. Yeah, Netflix might give you access to their exclusive shows, but it is the likes of aerial TV that bring to you unmatched content.

But this wasn’t possible a few years back. This is thanks to the emergence of streaming services as a direct competitor to traditional TV.

Thanks to this healthy competition, we can watch all the shows we want through different means.

And if that means watching the news, sports, reality TV, and even series and shows, aerial TV still takes the cake as the provider with the most options for the viewer.

Aerial TV has completely changed the way modern television works and if you’re interested in installing aerial TV, then we suggest you read more on the subject here.

4. The Emergence of New Players

Are you telling me that there are more players out there? Yes, that’s exactly what we’re telling you. But who are these? Well, as with any aspect of life, it was only time before social media got a piece of the cookie.

Asking the question of how social media has impacted modern television is a great question to ask.

Television, and all of its forms, was never meant to be an interactive medium. Television never indented to engage with the viewer because there was no means of individuality.

Social media, on the other hand, gives networks and streaming services the option of engaging with the viewer, and vice versa.

You see, it is thanks to the likes of Twitter, Facebook, and Instagram where we can engage with our favorite sports channels such as ESPN, Sky, and many more.

Through social media, we’re given a voice where we can connect with our favorite sports, news, and reality channels. This phenomenon is called a “second screen” and is particularly popular with younger audiences.

This “second screen” is all thanks to the rise of Twitter and the rest of social media platforms. Instead of simply sitting there are idly watching the screen, we can tweet and comment during live shows and engage with the program itself.

5. Networks and Their Own Apps

Networks know how to adapt to changes in society, and they definitely know how to capitalize on new TV viewing habits.

Networks quickly came to the conclusion that their viewership was slowly declining thanks to the emergence of streaming services. So, they looked at the problem and came up with a solution.

The solution was simply designing an application that can be downloaded via the App Store or Google Play and users could watch their content straight from their smartphones and tablets.

Nearly every major television network has similar applications like the likes of Netflix and HBO where users can stream their content in an on-demand form.

This is yet another revolutionary technology trend that fundamentally changed the way we watch modern TV. If we also throw in the fact that nearly 80% of new TVs have access to the internet, then we can download all of these apps and even watch from our TVs.

Computers Back Up Devices: Which One is the Best? 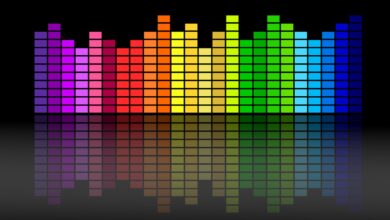 How Has Technology Changed The Way Music Is Made 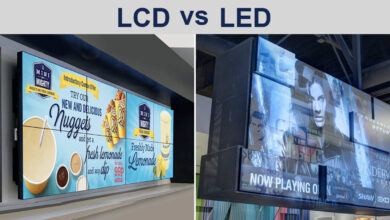 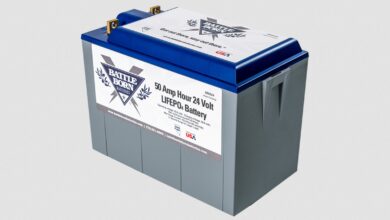