There’s something nostalgic and satisfying about completing a puzzle. Not only do they bring a sense of achievement, but puzzles also bring to mind memories of childhood when families and friends gathered together around the table, all working together when the rain poured down outside. A good old fashioned puzzle can actively lower your stress levels by testing your critical thinking skills as well as visual perception.

It turns out that puzzles never went out of fashion, and in fact, they are enjoying a renaissance with various types of puzzles that will challenge even the most proficient master. Let’s take a look at some of the most engaging puzzles currently doing the rounds and pick your favorite one for a cold and dreary Sunday afternoon with your family and friends!

Word puzzles take the weirdness of the English language and turn it into a game – it’s a linguistic workout. After countless migrations and invasions, the English language borrowed a lot of vocabulary from other languages all around the globe. This has resulted in a unique jumble of words that can challenge even the most confident speakers, as there one thing can have different names, and a word can have multiple meanings. With anagram solvers, you get a random selection of letters which you then need to rearrange to create a new word. They are very simple and you can check this website to see one example.

Not only are they great as a puzzle in their own right, but they are also ideal for practicing for other games like Scrabble and Words With Friends and helping you to hone your skills. Anagram solvers and other word unscramblers are great for building your vocabulary and practicing new words.

Semantics puzzles are a variant of word games, where you don’t have to spell or find words. Instead, they require players to focus on the meaning of words and your knowledge of how a word can be used. They are an excellent alternative to word unscramblers. They are really fun to play with friends and family as they have a definite competitive aspect to them.

One of the most popular semantic puzzle games is Taboo, in which players have to describe a word for their team to guess, but they can’t use a list of other words that are too related. For example, if the word is “banana”, they would have to describe it without using the words “yellow, fruit, long, monkey”.

Riddles are perhaps the most famous type of puzzle. At their core, they are very simple as you are presented with a mystery that needs solving. These days, riddles can be found in quality puzzle hunts and escape rooms.

These have become so popular in recent years with families and groups of friends all coming together testing their Sherlock Holmes skills of deduction. Whilst it is up to the person doing the riddle to come up with the final solution, the processes which they must go through are logically designed. That’s also what’s fascinating and satisfying about riddles, as you have to guess multiple interpretations until one fits.

At first glance, solving a tricky riddle can look like an impossible task, but the fact is, the answer is right there in front of you, you just need to be smart enough to find the hidden clues. It’s this challenge that really takes cryptic puzzles to the next level.

Logic puzzles are very popular among puzzle enthusiasts, as they are the brain-teasers of the puzzle world. Solvers are expected to follow a specific set of rules or instructions and attempt to deduce the solution. They are often found in magazines that provide a puzzle dedicated to the same topic as the magazine. There may be a grid, a map of a town, or some other visual cue, with a set of instructions which informs the solver how to complete the visual.

The good thing about logic puzzles is that they can be made easier or harder by more or fewer elements of the visual being provided. Logic puzzles are not only fun, but also have been proved to improve cognitive ability, keep the mind healthy, and put off diseases like Dementia and Alzheimer’s.

Ciphers, also called “cryptograms”, are a kind of code that is based on letter replacement where each letter is substituted for a different letter or symbol. Ciphers can be used as actual code, but that doesn’t stop us from enjoying them as an exciting puzzle game as well. The difference from actual cryptograms, ciphers when used in a game usually comes with clues that lead you to the correct way of substitution, which helps piece together the hidden word or phrase.

As you are required to recognize patterns to match the letters with letters, solving a cipher requires a lot of patience. However, the sense of accomplishment when cracking the code makes ciphers both addictive and engaging.

Mechanical puzzles often appear as a set of mechanically interlocked pieces, and solvers have to come up with a solution by rearranging or building up the different parts. Mechanical puzzles are very popular for players of all ages, and there are various options such as jigsaw puzzles, nail puzzles, and Rubik’s Cubes. Mechanical puzzles can generally be solved by trial-and-error, however, Rubik’s Cubes are quickest solved with mathematical/logical methods. We have all seen videos of the children who can solve a Rubik’s Cube in seconds, but this takes a lot of practice and incredible intelligence.

In our frenetic, increasingly digital world, puzzles can be a refreshing new way to train your brain and calm you down, while giving your mind something to focus on that has nothing to do with work and the stresses of your life.

Puzzles have been shown to enhance spatial skills, improve collaboration and cooperation skills, as well as boost memory retention. With these puzzles, we hope that you can start this new hobby as a way to challenge your mind or as an indoor activity with your kids. With so many choices available, you can try out a different puzzle every weekend and decide on the type that you like the most.

Can Online Psychic Readings Help Create the Future You Want? 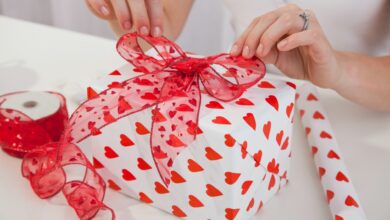