Founded in 1837, the legendary fashion house of Hermès needs no introduction to anyone. From its iconic Birkin bags to its popular printed scarves, the fashion label has given the world an array of unique products over the years.

With its presence in 45 countries, the brand holds an unmatched status to every fashion maven and style aficionado worldwide. No matter where you live or what type of style you associate with, Hermès may have something that fits your aesthetic to a T.

If you are currently on the lookout for Hermès apparel for the first time, it’s essential to look at the brand’s history to see what it brings to the table. This helps you appreciate the pieces you are about to invest in and lets you expand your wardrobe from a place of knowledge.

But even if you are looking for information at this point, read now, these details go a long way to expand your understanding of one of the most important names in the world of fashion.

Before you begin learning about the origins of the brand, it’s essential to get a common misconception out of the way that can be seen all around the web. The misunderstanding in question: Hermès shares its name with the Greek God called Hermes.

Nothing could be further from the truth.

While it’s true that the French fashion house shares its English spelling with the Herald of Greek Gods, it is no more than a curious coincidence. Apart from being homonymous in writing, Hermès and Hermes share no symbolic resemblance. In fact, they are also pronounced entirely differently.

Internet theories aside, Hermès was actually named after its founder Thierry Hermès, who established the brand as a harness and bridle vendor that created high-quality leather products for equestrians.

It was under half a century later, in 1880, that Charles-Émile took the reins from his father. As the brand slowly established its name among the who’s who of nobility, the Hermès family introduced their first-ever leather bag by the name of Haut à courroies in 1900.

That history behind its first bag is why Hermès boasts of its iconic logo of a horse carriage being drawn by a man. It is not because of the Greek God’s relation to animal husbandry, even though it’s the epitome of serendipity.

While the Haut à courroies was created from a place of function to carry riding gear, its premium quality and exceptional structure soon became a hit among early fashion experts. The bag brought Hermès to the fashion spotlight at the start of the century, and opened countless doors of opportunity for the brand.

To say that Hermès did not miss out on those chances would be a massive understatement. The brand not only became the first apparel manufacturer in France to use a zipper in its products, but also used it to create its first-ever leather jacket for Prince Edward, who at the time was the Prince of Wales and later became the Duke of Windsor.

The much-publicized design was nothing but good exposure for Hermès, which went on to create its first handbag, open multiple stores, unveil its apparel collection, and venture into the U.S. within the 1920s.

The decade that followed was full of even more significant events, where the brand established itself as a formidable fashion house by introducing what is today known as the Kelly bag. Curiously enough, the fashion house’s universally sought-after scarves were also introduced shortly afterwards in the 1930s.

Expansion Within and Beyond Fashion

Hermès went through a dry spell in overall demand and excitement due to its exclusivity of using natural resources in the 1970s. But it soon recovered from its declining popularity and gathered its composure. Ironically, the brand’s focus on using premium and natural materials was also the reason why it boosted itself back to the height of popularity.

By introducing items such as python jackets and advertising products such as its silk scarves, Hermès started to recover its missing charm during the late 1970s. With a focus on marketing its apparel line with an all new vigor, it wasn’t long before the brand established its position as a highly sought after manufacturer of luxury goods once again.

It was then that Hermès also started to expand its reach into other luxury items such as glassware and homeware. This established the brand as more than just a manufacturer of leather goods or apparel. As a result, it became known as a luxury label that dealt in the most integral parts of life, ranging from clothing to kitchenware.

This particular approach contributed to the overall popularity of Hermès across various segments. Those who knew Hermès from fashion discovered its products for homeware, while those who were decorating their homes also became aware of the brand’s presence in fashion.

Outreach Throughout the International Market

As Hermès gathered a highly positive fan following in France through its products, its items also became slowly yet certainly popular in other countries. This also included the U.S., where the company’s luxury items gained traction left, right, and center.

This was particularly evident towards the end of the 1970s where Hermès had received a powerful boost towards success. But the effects of this phenomenon became unmistakable when Hermès blew up on the pop culture radar through movies and TV shows.

Today, the brand’s Birkin bag stands tall as the most expensive bag in the world, with its price tag starting from a whopping $40,000 and going to a mind-boggling $500,000. Whereas its other products such as square scarves, Clic Clac H bracelet, and equestrian jackets stay popular in their regard.

The brand’s focus on sustainability and corporate social responsibility adds to its overall value and makes it stand out as one of the world’s most respectable fashion houses. With the help of over 15,000 employees and over 310 stores, it continues to manufacture products through materials such as silk, cashmere, wood, crystal, and leather.

Whether you are looking for a luxurious coat or some celebratory crystal, checking what Hermès has to offer is often worth your time. As long as you have the means to indulge yourself in its offerings, a trip to the brand’s physical or online stores is bound to leave you with something memorable to cherish for a long time.

7 Reasons Why Saving and Investing for your Kids is Important 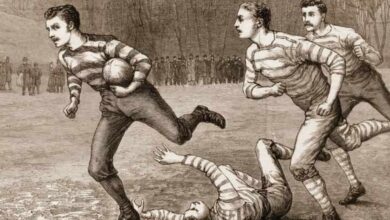 When Was Soccer Invented? 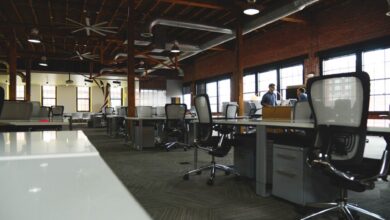 All You Need to Know About Renting Office Space 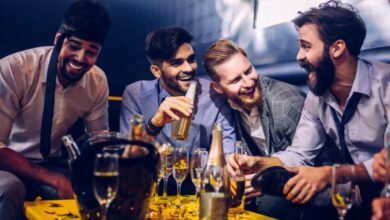 What Is a Stag Do