Labor unions in the United States originally formed due to poor working conditions during the Industrial Revolution in the mid-19th century. During this time, workers would go on strike as they became increasingly dissatisfied with low wages, unsafe work environments, and long hours. These strikes led to the creation of labor unions which still exist today as an important part of a strong economy. Understanding the importance of unions and pledging to support their work will continue to strengthen the economy for years to come.

What is a Union?

A union is an organized group of workers who come together and unite to have a voice in making decisions related to the workplace environment. They function by utilizing the right to collective bargaining which is a democratic process by which a representative for the collective whole is chosen by a majority vote. The representative then negotiates with the employer over terms and conditions of employment for all members of the team.

How Prevalent are Unions?

According to an Economic News Release from the US Bureau of Labor and Statistics, there were 14 million union members in January of 2023. This data also noted that the majority of union workers belonged to career fields in the public sector including education, training, library occupations, protective-service occupations. In terms of wages, the data concluded that non-union workers made only 83% of the salary as compared to union members, which further details the importance of unions when minimizing or closing wage gaps in the economy. The report also noted that the majority of union members are black workers, men, and workers from Hawaii and New York.

Benefits of Belonging to a Union

Although joining a work union might not be the right fit for each individual worker, there are a number of positive benefits of joining a trade union. Some of the main reasons to join a union include higher pay, increased safety measures, better benefits, more health insurance coverage, representation on the job, and fair working hours and wages. Studies show that workers in a unionized profession earn about 20% more on average than those in the same profession without union representation. Additionally, 78% of union workers have guaranteed pensions as opposed to only 19% of non-union employees. As a union member, having a collective say in decisions will lead to an overall increased quality of life for those in the workforce.

As union workers, employees are entitled to certain rights under laws set forth by the National Labor Relations Act which are upheld by the members of the National Labor Relations Board. The board consists of a team of five professionals elected by the President to 5-year terms that investigate and address unfair labor practices by unions and employers. Under the rules of this act, employers are required to meet with the union representative at reasonable times to bargain in good faith, although a consensus on the issue may not be reached at the time. In this case the employer declares an impasse and the last offer presented to the union is put into effect. The National Labor Relations Board has set criteria to determine what qualifies as in good faith as well as legal ramifications for employers that do not comply with the rules.

How to Join a Union

Another important clause of the National Labor Relations Act is the right of workers to form or join a union. Although some professions are excluded from this act, the majority of workers in the US are protected from retaliation from employers when discussing, forming, or joining a union. Under this act, workers are allowed to attend meetings, distribute and discuss union literature during non-working hours, wear union paraphernalia, sign petitions, and ask other employees to support the union without repercussions. A union is then formed when a majority of employees provide support for the union through a secret-ballot election conducted by the National Labor Relations Board.

How to Support Unions

If you’re looking for ways to support important labor unions, one of the easiest things to do is put your money where your mouth is! By purchasing union clothing (like from Frank Doolittle) and other products, shoppers are supporting a strong economy focused on good jobs and excellent craftsmanship with workers that take pride in the work they do and respect for their craft. Union-made products can be everything from household items and clothing to hotels and cars, and there are plenty of buying guides available that lead consumers in the right direction when supporting labor unions. Consumers can utilize these guides to stay up to date on which companies are doing the most for their employees and which ones to stay away from.

The Role of Unions During the COVID-19 Pandemic

During the height of the COVID-19 Pandemic, it became evident that US labor laws and workers’ rights are in dire need of reform to prevent further injustices against laborers. History shows that US employees have strength in numbers when it comes to advocating for their rights and unions played an integral role in demonstrating this during COVID-19. During the pandemic, unions were able to secure enhanced safety measures, paid sick time or overtime pay, and other arrangements to save jobs. These actions highlight the importance of labor unions in a badly broken system and that power that employees hold when they come together to fight for their rights.

The Future of Unions

Although unions are an integral part of the US economy, the future of unions may look a little different in the coming years. Globalization, demographic, environmental, and technological advances have changed the trajectory of labor unions in recent years with a shift from manufacturing to service jobs and outsourcing of many unionized jobs to other countries. Additionally, trade union membership has steadily declined in recent years due to these changes as well as legal restrictions and violation of trade union rights. The International Labor Organization predicts four possible outcomes for unions in the coming years which include marginalization, dualization, replacement, or revitalization of unions.

5 Best Communication Tools You Need for Your Property Management Business 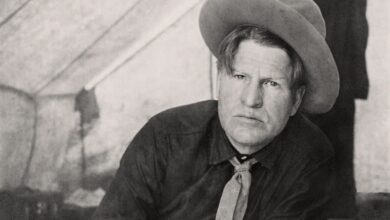 Want To Start Your Own OnlyFans? Here’s How 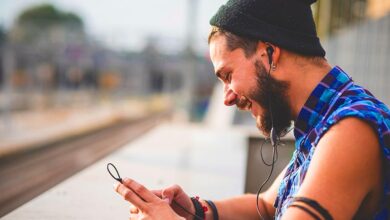 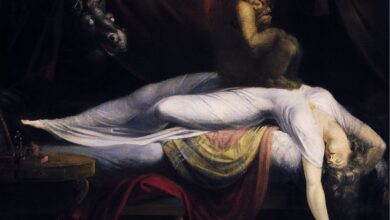