Effective digital marketing involves a whole host of tools designed to get your message to targeted audiences. One such tool is pay-per-click (PPC) advertising. It places ads directly in front of the types of customers most likely to purchase a product or service. But like any other tool, PPC advertising doesn’t always yield the results you might expect.

There could be any number of reasons explaining why a PPC ad campaign isn’t working too well. Among them is PPC fraud. This post will discuss PPC fraud, along with three other issues that prevent marketers from getting the most from their ad campaigns.

If you are unfamiliar with the PPC model, it is essentially an online marketing model that charges advertisers based on the number of internet users who click on their ads. If a particular ad costs $.25 per click and it receives 100 clicks, the advertiser is charged $25. No clicks mean no charges.

The way the PPC model is structured invites fraud. Strangely, PPC fraud is the last place many advertisers look when trying to figure out why their ad campaigns aren’t working. They look at everything else first. Only when all other possibilities are exhausted do they consider the possibility of fraud.

Fraud Blocker is a tech company that makes software by the same name. They say that PPC fraud can be perpetrated in many ways, including:

The thing about PPC fraud is that it is difficult to pick up on if you’re not looking for it. On the positive side, knowing what to look for makes it easier to identify. And of course, advertisers can deploy PPC fraud software that automates many of the tasks necessary to identify and stop fraud.

PPC fraud will hurt an ad campaign by producing excessive clicks that do not come from customers actually looking to buy. The advertiser spends a lot of money on clicks but doesn’t see higher conversion rates.

Moving on to some of the other reasons a PPC ad campaign may not be working, advertisers need to consider the possibility that they are focusing on highly competitive keywords that are actually too competitive. Step back and think about the implications of competing for the top two or three keywords in your particular industry.

If a hundred companies are all focusing on those top three keywords, doing so becomes self-defeating. Only one of the companies can maintain the top position. Only five can rank within the top five. This sounds obvious, but the remaining ninety-five companies constantly try to claw their way to the top in hopes of overcoming the competition.

Sometimes competing for the most competitive keywords is not the smartest thing to do. Sometimes it is better to focus PPC ad campaigns on less competitive keywords. Doing so makes it easier for an advertiser to rank higher and to get the attention of a more targeted audience.

Keyword Overload Is a Problem

A related problem is keyword overload. What is keyword overload? It is the practice of going after too many keywords in hopes of appealing to the broadest possible audience. Consider this: the majority of sales resulting from PPC ads are generally linked to just 12% of the chosen keywords. That means the remaining 88% are not producing anything.

If your PPC ad campaigns aren’t working, consider your keywords. Maybe you need to choose fewer keywords while focusing on those that are not as highly competitive.

3. All Your Traffic Is Going Home

A third reason your PPC ad campaigns might not be doing well is the fact that you are sending all the traffic to your homepage. This is one of the most common mistakes in the marketing world. Sending all that traffic home is a sure-fire way to artificially limit conversion rates.

PPC ads are powerful tools capable of directing customers to very specific online locations. Imagine an ad announcing the latest widget for sale. Someone who clicks that ad is probably interested in buying widgets. Where should the ad lead? The widget page. It shouldn’t lead to the company’s homepage.

Directing traffic home requires visitors to put more effort into finding what they want. More reading and navigation are required. On the other hand, directing the visitor directly to the widgets page eliminates any and all extra work. Buying the widget is easy!

It is common knowledge that internet users want speed. In fact, they expect it. They expect the websites they visit to load quickly. They expect to be able to navigate around a website, to find the information they want, as quickly and efficiently as possible. If it takes too long or requires too much effort, visitors will leave a site and go elsewhere.

Finally, PPC advertisements are sold based on keyword bids. You bid the price you want to pay to advertise with particular keywords. Guess what? The lower your bids, the lower your ads will rank when it comes time to choose which ads get displayed on a given page.

If you consistently fail to bid high enough, you are setting yourself up for failure for the simple fact that it takes too long for one of your ads to get displayed. Not only that, but your ads are also displayed less frequently. Time delays and limited frequency mean fewer clicks.

PPC ads can be a very good digital marketing tool. Unfortunately, ad campaigns sometimes fail due to PPC fraud, focusing on the wrong keywords, and other issues. If you have PPC ad campaigns that are not performing, don’t just give up. Dig in and see if you can identify the problems. If you can find and correct them, you could turn things around.

Discover the Various Gambling Taxes Around the World 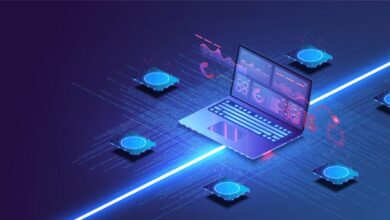 The Most Important Tips for Securing Your Software Development Cycle Smart Home Apps – Which One to Choose? 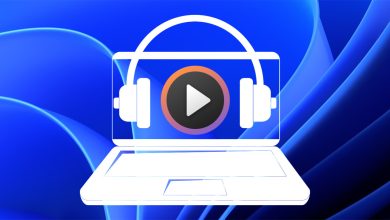 6 Best Media Players for Your Windows or Mac Device 2023