In recent years, there has been a lot of debate about the medical benefits of cannabis. Medical research has revealed that this natural plant can be used as a drug and for years it’s been used as both a recreational and an entheogenic drug.

More still, unlike in past years when users had to slink through inner cities and black markets looking to score some cannabis, cannabis today is legal in several states and countries and even sold on the internet on such sites as www.Kolas.com.

Cold and flu are often accompanied by such symptoms as runny nose, sore throat, cough, headache, fatigue, etc., It is possible that some of these symptoms could be alleviated by the use of cannabis.

Is it Safe to Take Cannabis During a Flu or Cold?

No evidence suggests that smoking weed is naturally detrimental or unsafe to your health during flu or cold. It’s hard to measure if the disadvantages outweigh the advantages, due to the lack of research in this field and the fact that there has never been a study of cannabis’s effect on the flu. According to a study, there is insufficient data to draw any overarching conclusions about cannabidiols on the immune system.

Can Smoking Worsen the Symptoms of a Cold?

If you have irritated lungs or throats, weed can intensify your discomfort. It has both long-term and short-term effects. Cannabis and flu both cause the body to experience some similar symptoms such as fatigue and headaches.  So taking marijuana when suffering from a cold or flu attack can cause a very uncomfortable experience. The discomfort you feel can be reduced by decreasing the dosage. There is moderate evidence that suggests that smoking weed can have side effects such as a worsening cough and dizziness and a condition known as cannabis hyperemesis syndrome (CHS).

According to research from 2018, there is low evidence to suggest that smoking marijuana is associated with “cough, sputum production, and wheezing”. There is also evidence from 2017 research on the health effect of cannabis that shows how smoking regularly is linked to long-term chronic cough and phlegm production and quitting is likely to reduce it. If you’re sick with a cold, then it’s likely that your respiratory symptoms will worsen if you continue using smoke or heat, as they’re both irritants  meaning you can get an itchy throat due to high phlegm production.

Dizziness is another common side effect that cannabis shares with the flu. This can be explained by two factors:

2) enhanced sensory perception; a high concentration of THC is responsible for this effect.

Dizziness is especially common in new users, and it fades away with time as the person gets used to weed. If you’re new to cannabis use, then it’s better to avoid it when you have a cold.

The effects of cannabis on the body can also depend on the content of the substance itself. There have been reported cases of contaminated black market cannabis, therefore when using marijuana for medicinal purposes, it is advised you know all there is to know about buying THC products.

Cannabis has long been considered an anti-inflammatory agent, whose effects are enjoyed by many people, including athletes. According to the 2017 study, there is limited evidence of the association between cannabis in healthy individuals and a decrease in the production of certain inflammatory cytokines.

THC and cannabidiol (CBD) have both played a significant role in reducing inflammation separately, however, the combined (entourage effect) impact is greater. THC and CBD both create pathways in the brain that either reduce or stop the body’s anti-inflammatory response. Though weed does help against it, more research needs to be done to get a satisfying answer.

The 2017 study on the health effects of cannabis demonstrated that marijuana is an effective way of relieving chronic pain and providing therapeutic effects.

1) oral cannabinoids are effective against chemotherapy-induced nausea and vomiting.

2) cannabis is likely to reduce the symptoms of adults with chronic pain.

3) short-term use of oral cannabinoids improves spasticity in patients with multiple sclerosis (MS)-related spasticity. While the chronic pain is ongoing, weed does provide short-term relief.

Cannabis was also associated with providing a better quality of life, decreasing opioid use, and having fewer side effects. As cannabis is associated with improving chronic pain, it is possible that it can help with colds and flu as well.

Short-term insomnia is a commonly reported symptom of the common cold. The symptoms of this condition make it practically impossible for sufferers to sleep comfortably at night. Such symptoms include a stuffy nose, muscle aches, and constant cough.

Cannabis is widely used as a sleep aid. 70% of the young adults who take cannabis explained that they do so to sleep well. Although the research for this is still growing, there is considerable weight to it. Asides from patients with cough and flu symptoms, people with PTSD, MS, chronic pain, and restless legs syndrome have all reported that it helps them sleep faster.

There is also evidence that cannabis helps with insomnia and anxiety. Therefore, this can help if you can’t sleep due to a cold or flu. But long-term use is associated with a decrease in the sleep-inducing effects.

There are several advantages to using cannabis as a medicine for colds and flu, however, there are also a few disadvantages. It could lessen such symptoms as muscle aches and insomnia, but it could also cause dizziness, and worsen coughing. A lot of these negative side effects observed were found in new users. Experienced smokers were said to be more tolerant of the effect of cannabis. How To Benefit From A Casino Bonus Even If You Are A Newbie In The Field? How to Take delta-9: Tips, Edibles, and More 5 Property Maintenance Tips That Can Save You Thousands 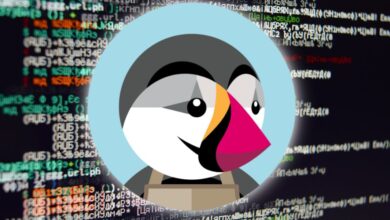