Micromax’s subsidy Yu recently launched their second smartphone named Yu Yuphoria , their first ever smartphone was launched Yu Yureka that was launched last year. Both of these Yu series phones are running on Cyanogen OS and are also cost efficient  Here we will compare Yuphoria and Yureka on the basis of important factors and try to find out which one is better and in what aspect. Let’s Go.

Talking about display which is one of the most important aspects of a smartphone. Yureka comes with screen size of 5 .50 inch which 0.5 inch more than its new brother Yuphoria which comes with size of 5 inches but both Yuphoria and Yureka have same screen resolution of 720×1280 pixels .Also both have same Gorilla glass 3 protection.

Yuphoria is lighter in weight than its older brother Yureka that weighs is 155 g whereas Yuphoria weighs 143 g; 104 g (w/o battery).

As per memory both have quite same specifications .Yureka and Yuphoria both have same 2gb of ram .These two smart phones of same Yu series not only share same amount of Ram but also have same Amount of internal storage of 16gb .Also both supports expandable memory up to 32 GB.

Yu Yureka comes with Li-Po 2500 mAh battery which is much higher than its new brother Yuphoria’s Li-Ion 2230 mAh battery. 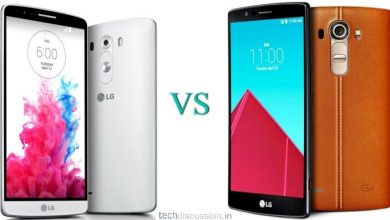