Meizu finally revealed M2 Note, which is the successor of M1 Note released last year. There are not much changes in the design ad specifications between the two devices.

The M2 Note comes with a 5.5 inch IGZO display (1920 x 1080 pixels). The Smartphone is boosted by a 1.3GHz Octa-Core MediaTek processor which is coupled with a 2GB RAM and Mali-T720 GPU. The dual-SIM device runs on Meizu’s own Flyme OS which is based on Android 5.0 Lollipop. The device sports a 13 megapixel primary camera and a 5 megapixel secondary camera with a 69 degree viewing angle. It packs a 3100mAh battery. The device comes with 4G LTE support in both the SIM’s. The device is available in two versions 16GB and 32GB (internal memory).

One amazing feature is that the first sim card slot can also be used as a micro-SD card, also it comes with a touch sensitive home button which will perform different actions based on the touch. It performs the back function with a soft press and acts as a home button with a hard press. The Meizu M2 Note comes in Grey, White, Blue and Pink colors and is priced at USS 129/INR 8220 for 16GB version and USS 161/INR 10,284 for 32GB version. 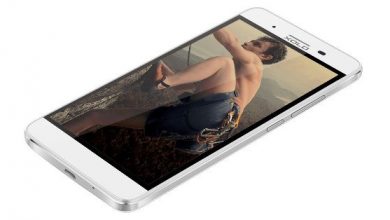