Lava Iris 506Q is the latest members of growing brand in India, lava. The phone released yesterday with 5-inch qHD  capacitive touch screen display offering 960 × 540 pixels resolution. Lava has powered the phone with 1.2 GHz quad-core processor and 512Mb of RAM. As per storage we get 2.25GB built-in storage memory with expandable storage memory upto 32GB using MicroSD Card. Iris 506Q is a Dual SIM phone running on Android 4.2 JellyBean operating system. It comes with 5 Megapixel rear camera with Auto Focus and LED flash allowing you to capture your favorite moments in good quality video and pictures. There is also a 0.3 megapixel front facing camera for making video calls and conferencing. The phablet is running with 2000 mAh battery from which we can expect upto 6 hours of battery life. 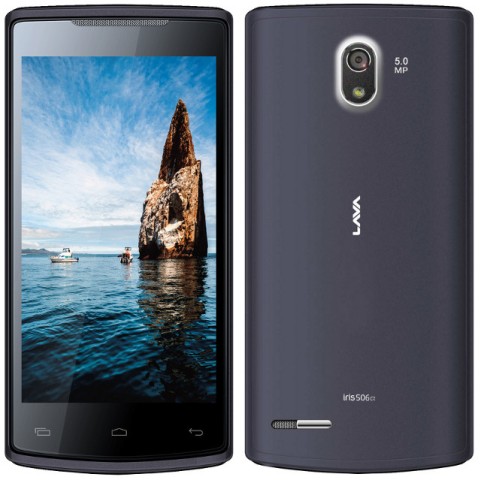 More Gadgets
Back to top button
Close
We use cookies to ensure that we give you the best experience on our website. If you continue to use this site we will assume that you are happy with it.Ok