As expected, Microsoft today unveiled their latest high end first smartphone with Windows 10 for Phone, called Lumia 950 XL. Just like Lumia 950, the XL variant will also be available from November in White and Black color options starting at $649, i.e. Rs. 42,300/-  By saying starting, i meant there is also a Dual SIM variant called Lumia 650 Dual SIM that will cost a bit higher.

Not just being first with new Windows 10 operating system, Lumia 950 XL is also the first to come with Windows Hello. Using this security pattern, you just need to look directly at the phone’s screen, and its infra-red camera technology automatically authenticates you by unlocking the phone. The phone also comes with Windows Continuum support allowing you PC like experience on your Lumia smartphone. Using the Microsoft Display Dock, not only you can use the phone with external large display but also with keyboard and mouse where all universal apps that works on PC will also work on your Lumia smartphone.

Lumia 950 XL is powered up with 3GB of RAM and comes with 32GB internal storage memory that can be expanded upto 200GB using microSD card. What makes Lumia 950 XL superior from Lumia 950 are few better configs that includes Octa-Core Snapdragon 810 processor along with Adreno 430 GPU and ofcourse the amazing display which is 5.7 inch QHD AMOLED ClearBlack screen offering 1440 x 2560 pixels resolution at 518 ppi density. Microsoft has protected the display with Corning Gorilla Glass 4. Also the battery is superior on this phone. It is 3340mAh removable battery with fast charging capabilities and Qi wireless charging support with flip cover. This phone can be charged upto 50% in just 30 Minutes of time. Remember, the Dual SIM support comes only with Lumia 950 XL Dual SIM. Also it supports both Nano SIM cards. 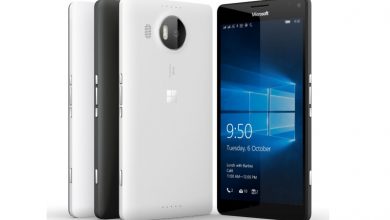 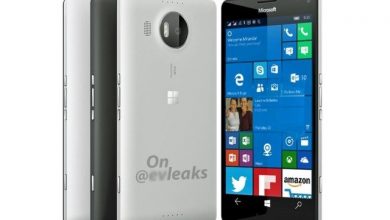 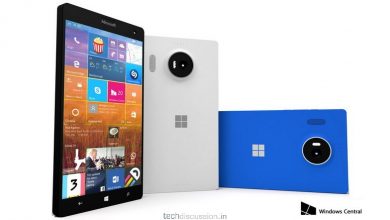