RAID (Redundant Array of Independent Disks) is a virtualization technology for the data storage, which actually helps to combine multiple disks into a single logical unit. This addresses data redundancy and improvement in performance.

For layman RAID terminology and the technology can be unclear, but if briefed RAID means combining of one or multiple hard disk to create one storage unit.  The idea behind this technology was to provide high- availability installation, which can offer to isolate the entire data storage from any situation like system malfunction/ failure or infrastructure issues.

Majority of the small and the medium sized businesses use the RAID configured systems offering them storage solutions. The reasons for using the RAID arrays are primarily due to high levels of fault tolerance and also the cost effectiveness provided by the maintenance and acquisitions.

The distribution of data is done with the help of RAID levels. This in turn is dependent on the specific performance and the redundancy levels. The key goals, as served by each of these levels are reliability and availability, capacity and performance. RAID levels are n number of disk combined into the array in different ways, and each RAID level has its own characteristics.

RAID operates on striping, parity and mirroring techniques The striping technique enhances performance and it is used to map data across the physical drives to create a virtual drive.

Mirroring involves two drives of similar capacity and duplicating the data into more than one disk this reduces fault tolerance.

Parity technique utilizes striping and checksum methods. This method involves calculating parity functions for some data blocks and in case of drive failure; the missing blocks are recalculated with checksum. This means parity method is used to recreate the data at the time of failure.

The RAID arrays fail due to component malfunction of the controller cards and the hard drives. Another reason of failure may be due to corrupt application. This accounts for the inaccessible and the unusable data, due to corruption.

We must remember not to use the RAID Recovery tools, without flawed hardware. If the RAID crashes due to hardware, the problem need to be solved first and then the Data Recovery need to be attempted. The system memory (RAM) needs to be checked, if the source of the problem cannot be ascertained.

Generally, the reasons for the failure of the RAID arrays are due to:

RAID Recovery can be a complicated task. There are different data layouts for the RAID data configurations. This is dependent on the manufacturers, due to competitive reasons. There are further chances of data corruption as the RAID recovery fails without an adequate knowledge on the RAID configurations, at the hardware, firmware and software levels. RAID recovery services can recover the most recent NAS, Server RAID and SAN configurations that are available in the market.

The RAID Recovery can rebuild data with the help of advanced techniques. The inaccessible data is recovered from all RAID levels, any type of RAID Controller, any make and model of the hard drive and any type of data loss situations. The data loss may occur due to power loss or surge, human errors, natural disasters, any form of hardware or logical failures.  The Recovery can also be done on any operating system or any type of file system as well as NAS, SAN, HP, EMC and IBM platforms. A reputed data recovery company will provide RAID recovery solutions for all array types, including RAID 0, RAID 1, RAID 5, RAID 6, RAID 10 and even the other non-conventional configurations

The streamlined processes can ensure the recovery of the server data, in a short time. No further damage must be done to the underlying data and this can be provided by vast server architecture knowledge.

Stellar Data Recovery provides unrivaled resources and experts for RAID data recovery. The company has an experienced work pool of RAID recovery engineers who are well versed with the RAID levels, architectures; hard drive manufactures models and configurations. Stellar own in-house R&D and a CLASS 100 CLEAN ROOM, so that you will get risk free recovery from any kind of event or situation with RAID that may have occurred. 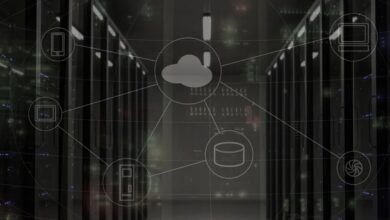 8 Reasons Why You Should Always Backup Your Computer Files