At the Tech World 2016, Lenovo has introduced some really impressive and innovative gadgets, smartphones and tablets. They also unveiled the new Motorola Moto Z Force smartphone which is the successor of first ever Shatterproof display phone Moto X Force. Being the successor, it also comes with unique Shatterproof (unbreakable) display with some upgraded hardware as well as software. The phone also supports ‘Moto Mods’ which are the modular accessories, just like LG Friends of LG G5.

Packed in full Metal body giving premium look and feel, Moto Z Force can be turned in to Movie projector, or a Boombox or even in a battery powerhouse in minutes using the new ‘Moto Mods’ that includes Moto Insta-Share Projector, JBL SoundBoost speaker and ncipio offGRID Power Packs. These accessories will be sold separately. You can watch how the Moto Mods work with Moto Z Force in this official video.

Talking about the phone’s specifications, it features a Quad HD 5.5 inch (2K) AMOLED display with Shatterproof Corning Gorilla Glass offering very long durability. The screen offers 2560 x 1440 pixels resolution with 535 ppi pixel density where you can enjoy your multimedia files with best experience. It comes with Fingerprint sensor placed in the front with home button and is running on latest Android 6.0.1 Marshmallow operating system.

Moto Z Force is a beast in performance with 2.2GHz Qualcomm Snapdragon 820 Quad-core processor paired up with 4GB LPDDR4 RAM and Adreno 530 GPU. You can run any app or games or do lag free multitasking on this phone with such processing combination. As per storage, we get the phone in 32GB and 64GB internal storage variants which can be further expanded up to 2TB using microSD card if fell short.

Coming to the photography part, well, Moto Z Force could be better choice since we get a 21 Megapixel primary shooter having OIS, Laser Autofocus and f/1.8 aperture. At the front facing the phone has a 5 Megapixel camera with f/2.2 aperture and Wide-Angle lens for Selfie lovers. The phone comes with Water repellent nano-coating allowing you to carry it worry free in the rain as well. It supports 4G LTE (Cat 9) / 3G, WiFi 802.11 a/b/g/n/ac 2.4 GHz + 5 GHz with MIMO. All the juice to the device is coming from a 3500mAh battery which also supports Turbo charging offering up to 15 hours of battery life in just 15 minutes of charging. 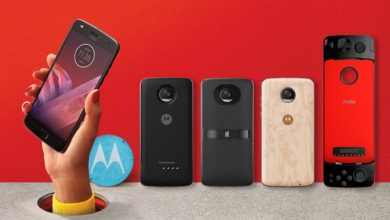 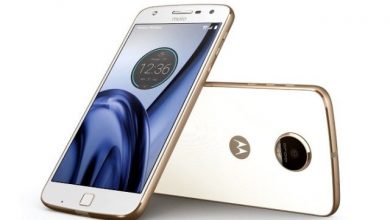 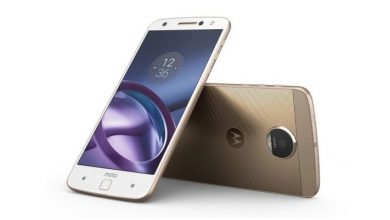