Announced earlier this month in UK, Huawei’s new V10 is unveiled to the world as the brand new top-of-the-line Honor device. V series is now the View Series, as well as the Honor 7x. The Honor 7x is budget device filled with flagship features at a very competitive price, which we already reviewed. Now let’s get into the details of the new V10.

The new Honor V10 is basically more affordable version on Huawei Mate 10 Pro. They’re pretty similar in thickness and width but the View10 is just slightly taller than the Mate 10 Pro.

It has very identical specifications and features including a 6inch 18:9 FullHD+ screen complete with rounded corners, Honor call this FullView display. The Kirin 970 also makes its appearance here with the same AI enabled chipset found in the Mate 10 and Mate 10 pro. Thanks to the 970 the View10 has all the same AI capabilities which enable Honor’s face unlock. Camera scene recognition and various other AI features that take advantage of the NPU (Neural Processing Unit).

The back of the phone is made of anodized aluminum and is reminiscent of the iPhone 7 Plus. Even the antenna lines and the camera placements is somewhat identical. What’s pretty neat is that Honor managed to fit the fingerprint scanner on the lower bezel of the phone. Whereas many other phone makers have resorted to moving them to the back in order to keep the bezels size to a minimum. Since he View 10 is made of mostly metal, it’s not fragile as other smartphones made with glass on both sides. Unlike the Mate 10 Pro, however the View 10 does offer a proper 3.5mm headphone jack so you won’t have to worry to pack an adapter.

As briefly mentioned the View 10 camera can detect scenes in front of it and applies optimal settings for that particular scene. These aren’t Leica – brand lenses but you do get a dual system with a 16-mp main camera and a secondary 20-mp sensor. Each sensor has dedicated image signal processor to keep the camera on its toes under demanding circumstances. The 13-mp selfie camera also sees a more sophisticated portrait mode which automatically blurs the background and soften the face or a number of faces in the selfie.

The interface is layered with Honor’s EMUI which offers the feature rich software experience with flagship level performance. There’s also a generous 3750mAH battery crammed into a body just 6.99mm thick, which is slimmer than Samsung’s Note 8 and iPhone X. The Honor View 10 will be available in Midnight Black and Navy Blue for 499 Euros.

This makes the View 10 a viable contender against the OnePlus 5T. Honor is very confident about bringing both Honor 7X and View 10 in the market with a great success of 5x and 6x. The View 10 marks a new chapter in Honor’s book aside from the taller display and AI enabled processor, the Honor View 10 is also Honor’s most expensive device to date.

Will Honor’s bold strategy pay off in the end? We have to wait until January for the answer. 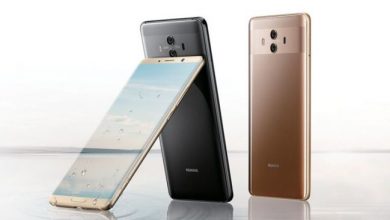 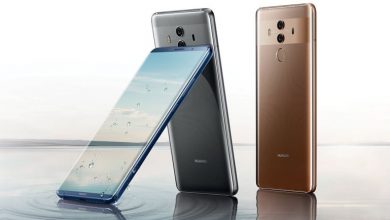