According to a recent research conducted by German Federal Office for Radiation Protection (Bundesamt für Strahlenschutz), Xiomi Mi A1 is the most radiation emitting smartphone. They have shared the list of smartphones which are ranked in the order of highest emitting radiation to lowest. The list contains 16 current device models. The list is compiled by Statista where the data is provided by German body. The top list is dominated by handsets made by Chinese companies, such as Xiaomi, OnePlus and the least radiation emitting smartphone is said to be Samsung.

In the list of 16 smartphones, eight of the positions are grabbed by chinese companies Xiomi or One plus. In fact, the One Plus’s latest Flagship One plus 6T is also amongst the five phones emitting the highest level of radiation with an absorption rate of 1.55 watts per kilogram.

According to what is being said by Martin Armstrong of Statista, there isn’t any universal guideline for a safe level of phone radiation. But the smartphones with absorption rate fewer than 0.06 watts per kilogram are certified as per the German certification for environmental friendliness called ‘Der Blaue Engel’ (Blue Angel).

And to know complete details about these smartphones, read he entire database of phones made by the German Federal Office for Radiation Protection. Next time before making any purchase keep in mind the absorption rate of the smartphone you are buying, as the harmful rays emitting from them have the potential to cause certain types of cancer or other health problems. The constant physical contact with the device might pose a health risk in the long run as a result of the radiation that they emit. 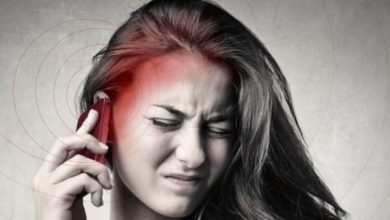 How to Protect Yourself From Harmful Radiations of Mobile Phones: 8 Important Tips