Two Giant companies decided to collaborate is big news itself. Recently Microsoft released its Microsoft Edge Browser based on Google’s Chromium. The Canary and Dev Builds of chromium-based Edge Browser is now available to download on Windows 10. It will get an update on a weekly basis as promised by the developers. The early build of this browser worked fine and developers found no major issues with it. However, still they are keeping eye on it in case any problem strikes in the browser.

The aim of Microsoft is to reach on Mac and other Windows too; they will soon launch their browser for cross platform. The company aims to make Chromium better instead of working on other similar parallel projects said by Google.

Microsoft, on the other hand, adopted two channels named Canary and Dev. The Channel Canary is adopted for testing as the main purpose. While the Dev channel offers an update on a weekly basis, keeping in mind the changes and fix made by the company.

The question which is popping on everybody’s head is what changes they might see in this new browser? The very change you will see is Microsoft has clear intentions about the browser. You can say that adopting Chromium doesn’t mean they will adopt other Google services too on their browser. Microsoft clearly mentioned that they will not allow services which are available on Chromium Browser of Google, to Its Edge Browser.

They gave more attention to native services like Bing Search, Windows Defender SmartScreen, Microsoft Account service, Azure Active Directory, and Microsoft Activity Feed Service. All in all, you can say that two major Companies Microsoft and Google are trying their best to make it run better on Windows.

Microsoft is also working on its tweaks design and fluent Design integration.

Those who tried the developer version found it suitable and working fine till now. The edge browser also supports Google Extension but you might face issue while trying your hands On Google keep. About removing the 53 of Google service which comes along with Chromium Browser, the reason was simple Microsoft wants to carry its legacy.

The browser is promising and the one good thing about it is both the company are open to changes to make it better. You will the update on a weekly basis as they promised. Right now it is only available for Windows 10 user but soon you will see it on other windows device and on Mac devices too. As it is only a few days for this browser so you can face some minor issues in it. If you haven’t tried it yet we would like to suggest you Go for it and give a try. 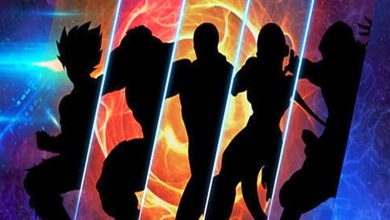