Modern people got used to new devices and technologies to be developed every day. Nobody is surprised about the latest apps helping you go through depression, nor about the alternative therapies for addressing addiction (that’s just an example).

More often than not we hear about Western’s medicine inability of healing. It’s more about how people got interested in newer and more modern therapies for addressing their medical condition. Whether it’s cancer, lupus, addiction, PTSD, multiple sclerosis, or anxiety, patients today have the chance of trying a set of alternative and outstanding techniques for healing.

Without any further ado, let’s go over some of the most exciting and new therapies for addiction, lupus, cancer, multiple sclerosis, anxiety, and many more.

1. What’s to say about DNA repair? What do the studies say?

Repairing damage in DNA from anything causing a mutation (tobacco smoke or UV radiation are common) is an essential process protecting our cells from turning into cancerous cells.

A study published in the Nature journal talks mentions the analysis of more than 20 million DNA mutations from 1,161 tumors in 14 various kinds of cancer. The review concluded that in several cancer kinds (mostly skin cancers), the number of mutations was high for genome’s zones (aka the “gene promoters”). For a better understanding, we should highlight that the DNA sequences are responsible for the ways genes are expressed, causing the function and cell type.

The researchers also concluded that the numbers of DNA mutations are higher in gene promoters due to proteins binding DNA that watch out for gene expression, blocking the cell repair systems. The latter are responsible for fixing the harmed DNA.

Dr. Jason Wong (primary author of the study) highlights that the results are a clear proof of how a compromised NER system determines increased mutations at gene promoter sites.

As you can assume, the study reveals the importance of gene promoter mutations in cancer development. It will help doctors and people using alternative healing treatments in using the best treatment for the patients.

2. Why is the HBOT (hyperbaric oxygen therapy) a common therapy in some domains?

HBOT is basically about breathing the purest oxygen in a small chamber or a specially built room. Many uses if for solving diving-related conditions, but it has been proved that HBOT sustains recovery in other health conditions as well. HBOT isn’t very new and has been utilized as conventional therapy for military divers in the United States ever since the 40s.

The FDA (Food and Drug Administration) has given the green light for HBOT in treatment for 13 conditions. Low blood flow, arterial insufficiency, and radiation caused by cancer treatment are some to name.

A recent study focused on the efficiency of HBOT in military subjects with chronic blast-induced mild to medium traumatic brain injury and even PTSD. Sixteen military professionals benefitted 60 minutes HBOT sessions in a month. After treatment, many of them showed improvement in terms of neurological exam, symptoms, delayed memory, working memory, anxiety, depression, and PTSD symptoms.

Johnny Tabaie (the founder of the Pouyan Method and a supporter of HBOT therapy at the Holistic Sanctuary centers)  highlights that “HBOT, together with the Sacred treating Method, will sustain healing and create a protective shield that maintains the benefits of the treatment for a long time after the procedure is completed.

Recent studies also showed that HBOT has the analgesic ability in inflammatory, neuropathic pain models. It’s why HBOT is used in addressing chronic pain syndrome, and holistic centers utilize it too. It shouldn’t surprise anyone if HBOT is amongst the holistic methods used for treating lupus, multiple sclerosis, PTSD, and so on.

Stem cell therapy has given a lot of hope amongst scientists, and it relates a lot to the most advanced scientific research topic.

Various critical medical conditions, such as cancer, are caused by poor differentiation or cell division. At the moment, we can talk about different stem cell therapies, with some of them addressing heart failure, spinal cord injury, tendon ruptures, and diabetes type 1. More research is necessary for better comprehending the stem cell physiology.

When it comes to stem cell therapy, the hope is high in terms of finding cures for incurable diseases (lupus is one to mention). We may still have to wait a while until stem cell therapies are a regular medical treatment, but we sure appreciate its presence within holistic facilities.

4. How do patients benefit from cryotherapy?

Cryotherapy is a method cooling the body for therapeutic reasons, reducing inflammation and pain as essential purposes.

Back in 2016, a study by Bouzigon et al.4  looked into the health advantages of cryotherapy, revealing that more than 100 reviews have been published since 2010.

The review highlighted that cryotherapy had a positive impact on the physical and psychological aspects of Rheumatoid Arthritis (WBC and PBC) patients. In contrast, WBC had a positive effect on patients dealing with multiple sclerosis, fibromyalgia, and Ankylosing Spondylitis.

It has also been studied the impact of WBC on mental health symptoms (depression and anxiety). Results lead to an impressive improvement in symptoms, with a reduction of more than 50% from the baseline of symptoms. It makes perfect sense that WBC is an efficient treatment for anxiety and mood disorders.

Floating on the body and mind is something we’ve dreamed about for ages. A meta-analysis of 27 scientific studies (Dierendonck and Nijenhuis are the authors) revealed that floating reduces blood pressure and cortisol levels (high cortisol means low immunity, which is common for people with PTSD, anxiety, cancer, or lupus). It can also improve overall wellbeing and cognitive performance.

As for the benefits for the mind, Justin Feinstein (head neurophysist as Ohio’s Laureate Institute for Brain Research) highlighted that flotation therapy reduces negative emotions, confusion, depression, the perception of pain, and even the effect of acute mental health conditions.

“Depression, anxiety, or mental health conditions related to addiction should no longer be seen as chronic diseases,” said Johnny Tabaie when methods such as floatation therapy are available. And the results are more than convincing.

6. Why does telomere repair give hope?

Telomeres are small protective caps at the extremities of the DNA molecules, which give the chromosomes. They’re supposed to stop the ends of the chromosomes from sticking to each other or fraying. Imagine telomeres as the ends of your shoelaces- they work just as them.

They’re fundamental for making sure that the DNA is copied correctly as the cells are dividing. Several weird things happening in the DNA cause some of the nucleotides not to appear in the new DNA copy. It means that some of the genetic information gets lost. Moreover, every single cell division shortens the DNA strands.

Any break in regular function of telomeres means that you get sick, with cancer being the most significant to name. In 90% of cancers, the expression of telomerase is higher, while in benign tumors, the increase doesn’t happen. The growth is actually typical for some cancer kinds, staying high in aggressive cancer stages. High expression levels of telomerase have also been noted in metastatic phases of cancer. Therefore, stopping the telomerase activity can have a positive effect on reducing the risk of metastasis.

The takeaway for the standard patient is that addressing telomeres throughout protecting blockage is an efficient therapy for some types of cancer (glioblastoma), giving hope for the treatment of various cancer kinds.

How Are Plastic Bags Made

9 Great Time Management Tools You Have to Check Out 2023 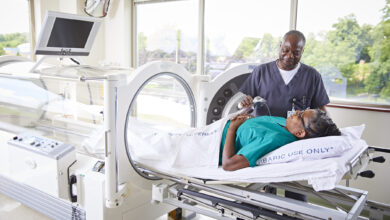