It is the year 2023. The world is in pure, unadulterated disorder. We are not quite prepared for the chaos that has arisen in the awakening of the coronavirus. With the rising number of affected people, several concerns have arisen on which foot to best put forward.

As the coronavirus keeps spreading through China and the rest of the world, more Chinese businesses are jostling to make the switch to robotics. The market for robots in China has become the largest in the world. Productivity has hit its worst numbers. Many workers have had to be laid off, some with no recourse to whether they will be reintegrated into the workforce.

With the increase in demand for robots, fears are rife over the possibility of robots displacing blue-collar jobs. With the proliferation of a number of confirmed cases and the overwhelming pressure put on the healthcare industry, help is needed. The global economy is undergoing a turnaround. The world needs to become more open to the need for an autonomous way of doing things.

Statistics have shown that just within a few months, staff availability has hit an all-time low. Production deadlines are not being met because of this dearth. In every country that this virus has spread to, every industry and particularly the healthcare industry, has experienced a strain. Robots have been noted to best suited for accuracy and meticulousness.

As such, they can function in many capacities in the health industry. Robots are now being used for patients’ testing and vitals’ signs monitoring. They are also being deployed for disposal of medical and biohazard waste products.

This will go a long way in protecting humans from being exposed to the virus. Several services such as delivery and groceries have been seen to be essential to the world during this pandemic. These services may need to rely more on online operations thus, reducing human contact.

In this new era of quarantining, social distancing and self-isolation, reliance can be placed on robots to perform several tasks. Dull and monotonous jobs can be taken up by robotic manipulators, according to Rozum. The need to connect with people is now stronger than ever. There has been a noticeable increase in the use of chat apps such as WeChat and Skype. The elderly and folks with underlying diseases appear to be the most vulnerable. They need more social interactions. This could come in the form of health and social apps.

Retailing is leaning more towards online services.  In line with the increasing directives of governments for their citizens to sit at home, a spike has been observed in the demand for delivery robots. As already being discovered, robots have the capability of being used for food deliveries, medicine distribution and disinfection of public places. Robots are being employed to transport medical consumables and supplies, reducing human exposure to the contagious virus.

Distance learning is fast becoming the norm. All over the world, many people are turning to online classes. Some institutions are investing in robotic companies and the technology behind it. Consultations with medical personnel are increasingly been done on the phone. More banking transactions are being done on phones and other devices. The ATMs are great examples of these.

In China, a field hospital was opened sometime in March, completely run by robots. Several companies are relying on robots for coffee preparation. People are increasingly using drones to perform simple tasks. It would reduce the chances of human contact and medical samples’ contamination. Surfaces that have a high risk of infection can be sterilized by robots.

Rather than cancel meetings and conferences, teleconferencing is now more widely adopted. Religious bodies have almost fully integrated the use of online tools for their gatherings. Digital marketing is now being more utilized as potential customers now spend more time on their phones and other electric devices. A new flourishing market now exists for an automated system. COVID-19 has presented a lot of possibilities that did not seem likely.

The COVID-19 pandemic has highlighted the many deficiencies in work processes on the world platform. It is resulting in the expedition of the reality of an automated future. Businesses realize that more and more activities can be performed remotely and also by robots.

The uncertainty over the years has often stemmed from the fact that artificial intelligence has had to rely on human input. Not too long ago, Cainiao, an Alibaba affiliate, put in motion a channel to assist worst the hit areas in China. They were able to achieve this with the utilization of some of the 700 robots already available to them.

In China, more robot startup businesses are being encouraged to join the current number to meet global demand and reduce the rate of cross-infection. Some Chinese companies are leaning towards a heavier investment in robots as against human labor. The world is still years away from achieving total robotization and automation. However, artificial intelligence is now being reconsidered on a grander scale.

One thing is certain. When the dust clears, companies will realize that they can cut labor costs. Jobs that were previously thought to be only capable of being performed on-site, are now done from home. The tasks can even be handled by reduced personnel. There may be a lot of downsizing. The economic scene has taken a particularly huge blow. Implementing robotics will lead to increased productivity. No work cuts or time out caused by labor loss. Of course, many responsibilities cannot be taken over by robots.

Humans will have to make the switch to handling more strategic functions as opposed to dull and dirty basic tasks. Compassion, care, and empathy cannot be automated. There will also have to be some input from humans for the robots to function optimally. In all of these, it is worthy to note that if the world again experiences something like this, we would be better prepared.

Angelina Jolie Urges People to "Love Each Other" During the Pandemic 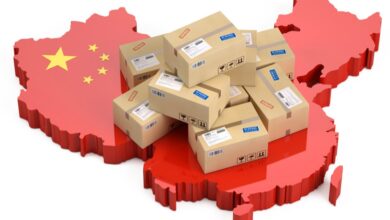 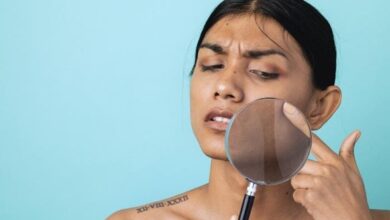 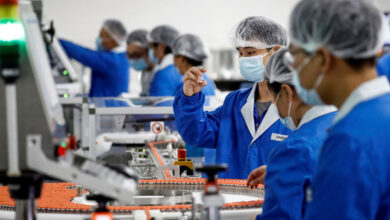