Have you ever wondered about the things that happen beyond the scenes? And by things, we mean the most strange and far fetched stuff that happens. The world we lived in always has something underneath its sleeves. More often than not, things occur without a logical explanation.

Some of these strange and weird occurrences come off as interesting for us. Our curiosity has no boundaries. We love knowing about new things that would challenge what we think is possible. Sometimes, we even want to make sense of all the strange things that happen.

We will give you a list of random weird facts that you probably do not know. This list is sure to challenge your beliefs and give you a boost of imagination. You never knew that things like this could happen in this world that we live in! You may get confused or amazed, but one thing is for sure. You will fulfill your curiosity!

You heard that right. Lightning is not are a rare occurrence. So, that beautiful picture of lightning that your friend took, that is pretty common. It would be best if you also worked on your fear of lightning. There are about 8 million lightning strikes in a day. It would not make sense if you felt scared of every single one of them.

Yes, lightning is pretty frequent. That does not mean that these jolts of electricity are just nature’s way of scaring us. These lightning strikes contain up to a billion volts. Multiply that by the 8 million lightning strikes per day, and you get a staggering amount of voltage.

So, you should not go out during a thunderstorm full of lightning to challenge nature just because it is universal. One strike of lightning can still very much kill you. Stay indoors to experience the aesthetic of lightning strikes with an extended life expectancy.

2. Michael Jordan Is A Nike Mogul

The basketball player that you and I both love made more money selling shoes than playing basketball. Michael Jordan became a billionaire, not because of putting a ball through a hoop. He made his fortune selling Air Jordan sneakers to his beloved fans. Air Jordan is one of the biggest sports and lifestyle brands on the market.

With that said, how much does Michael Jordan make? Well, Michael Jordan’s salary from Nike is more significant than all of the Nike factory workers in Malaysia combined. You might think that the amount is not surprising but, take into account that the salary is annually combined.

Yes, their combined annual salary is nowhere near what Michael Jordan makes from Nike. Given that all Michael Jordan needs to do is to be himself, creating a vast amount is impressive. This fact is the complete opposite of the factory workers’ situation.

3. Lefties Are Better At Sports

Being left-handed may change the dynamic in how athletes approach the game or any game. You could say that left-handed people are unique in terms of sports. Now, this fact is a complete opposite of the old medieval left-handed points.

Ancient Egyptians using stones or rocks as their pillows seem pretty outlandish, huh? It is way different than the pads that we use in our nightly snooze. There is no way that you and I can both get a good night’s sleep if we slept on rocks and stones.

This weird fact means that the royalties of Ancient Egypt also slept on rocks at night. You could say that we live better than them because of the technology we have today. Maybe we could build a time machine soon so we can ask them if using rocks as pillows feel comfortable.

With that said, the technology in Ancient Egypt is no joke. Yes, they slept on rocks at night, but they were able to build the great pyramids. So, is resting on rocks and stones a requisite for pyramid building? If you do not need to build pyramids, you should be good with your modern soft pillow.

5. Americans Spend A Fortune On Coffee Each Year

People in America spend about a thousand dollars on coffee each year. You might think that this is not a weird fact. Coffee seems like a necessity that you have to spend money on it. However, there should be a lot of things that you can buy with that thousand dollars.

If you break the amount down, you could go up to $92 per month. This $92 means that an average American would spend up to three dollars worth of coffee per day. If you compare that with the rest of the world, it would seem like a considerable amount.

Coffee from other parts of the world would typically cost under a dollar. Some coffee could even go down to ten cents. Maybe Americans are paying for the cups that come with the coffee. So, if you take the coffee cup into account, how much are Americans paying for coffee?

6. Space Is An Hour-Drive Away

You could drive your everyday, regular vehicle to space for about an hour. Weirdly, you could exit the atmosphere for about one hour. Meanwhile, the drive in the Los Angeles freeway would take up to 3 hours. Of course, this would happen if you have a car that defies all laws of physics and gravity.

If you drive going upwards into space at a steady 60 miles per hour, it will take you about one hour to reach outer space. Take into account that there is no traffic or drive-thrus for you to stop by. I guess that is one thing that the drive to space and the Los Angeles freeway do not have in common.

How Cycling Will Benefit Your Health How to Know if the Coffee You Are Drinking Is Organic? 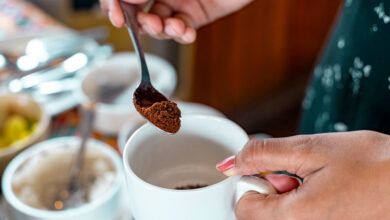 7 Simple Tricks That Will Make Your Coffee Taste Better Beneficial Effects of Coffee on the Human Body 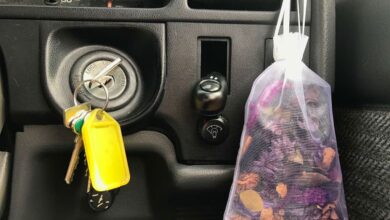