If you ever come across Herend figurines and porcelain designs, you will be astonished. They are designed and decorated in a royal grand way which looks like beautiful paintings. Each piece is made carefully with imperial care, and the figurines have attractive decorations with elegant colors.

If you are interested in Herend figurines and porcelain models, it is best to visit finedecordirect.com. Here, you can shop for a variety of Herend figurines, including animal figurines, dinner wear, eatery sets, decorative pieces, and many more.

The world’s biggest porcelain manufactory is located in Herend, a tiny hamlet in Bakony. It has a workforce of about 700 workers. The founder is Vince Stingl, who attempted porcelain in his small ceramic business in 1826. In addition to that, he also used to make pottery.

Vince Stingl ran out of budget, which made him go bankrupt. Mór Fischer became the new owner of the manufactory in 1839, who is also the creditor of Stingl. Since then, the new proprietor concentrated totally on porcelain products. Later on, he produced replacements for the Viennese court and the Austro-Hungarian Empire’s aristocracy.

In general, the hard-paste porcelain with a blend of feldspar, kaolin, and quartz is used to create Herend figurine products. The porcelain is initially flamed at 830 degrees Celsius after rinsing, decorating, and drying. After that, the figurines are dipped in glaze and flamed for the second time at 1410 degrees Celsius.

As a result, the porcelain turns white and translucent. After this stage, the figurines are ready for hand painting by experts. Based on whether the porcelain figurines have gold or beautiful color paint, they are flamed again once or twice.

The Herend firm runs the Porcelain Museum of Herend at its location. The museum was inaugurated for visitors for the first time in 1964. Later in 2002, the museum was picked as the museum of the year in Hungary.

The museum shows the background story of the Herend porcelain factory and the technologies it employs. There are interactive displays throughout the area about the exclusive procedure of making Herend porcelain.

Between the years 1851 and 1937, Herend porcelain earned a total of 24 grand and gold awards at international exhibitions. The Chinese-style butterflies and flowery branches painted in joyous, vibrant colors were displayed at the London World Exhibition in 1851.

It became one of the most well-known Herend designs. The structure was titled “Viktória” after the British Queen Victoria as she ordered a whole dinner set with the gold medal-winning pattern for Windsor Castle.

As the Herend styles and patterns gained popularity, the company received orders on behalf of various royal courts. Some of them are from Francis Joseph I of Austria, Maximillian, Emperor of Mexico, and Queen Victoria.

Since the year 2001, the Herend Porcelain Manufactory became part of Hungarian heritage. In addition to that, it has been a national product since 2013, documented as Hungaricum. As we mentioned, Herend porcelain has numerous awards from international exhibitions held in Paris, Vienna, New York, London, Brussels, and St. Petersburg.

In 1999, the Porcelanium Visitor Centre opened its doors. Gábor Turányi, an architect, was the person who built this multi-purpose building complex. He concealed several inner compartments for varied functions within a slab that looked like an ancient furnace.

He also used exterior outlines to display the ambiguity of the zigzag porcelain studios. This building is adorned with dragons, as they do throughout the Far East, which is the origin home of porcelain. Dragons are fire guardians and trade protectors. In order to construct this complex, they used only natural materials.

In nearly 60 countries, Herend Porcelain Manufactory offers its products. You can only find them in exclusive stores, shopping malls, and desired brand stores. Almost 70% of the total Herend output is exported to various countries. Herend has created a line of 11 new high-end brand shops in Hungary. However, there are also a number of retail outlets that offer Herend items.

The ceramic stove tiles were generated from 1923 to 1950. The Herend company produces plenty of prominent patterns. Some of them are: The Ming pattern, The Eszterházy pattern, The Gödöllő pattern, The Rothschild pattern, The Miramare pattern, The Victoria pattern, The Wales patterns, The Waldstein pattern, Humboldt pattern, The Apponyi pattern, and Franz Joseph pattern. Most of these patterns are old but look beautiful.

Can You Use HGH Therapy for Anti Aging 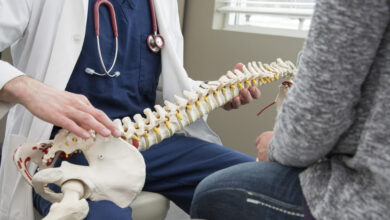 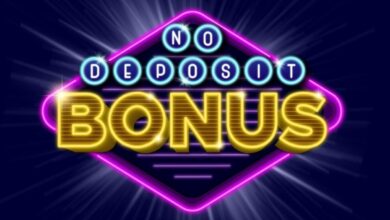 No Deposit Myths And Facts To Have In Mind