TikTok is a fairly-young social media platform that took the internet by storm. According to the Influencer Marketing Hub, as of January 2023, TikTok had 1 billion monthly active users worldwide. TikTok is mainly focused on short-video content, and is set to rank as the third largest social media network despite its very young age.

Why is TikTok so Popular?

With more or less a billion downloads across the globe, one would wonder why such an application would be so successful.

TikTok has made a formula consisting of short-videos that are far more authentic than the quality heavy and high-production value that come from other platforms. The main screen which is called the For You Page or FYP essentially has no end. Which calls for infinite scrolling.

Aside from that, the algorithm is designed to feed the user with similar content that he/she interacts with. It learns from which type of content the user likes, comments on, and shares, and pushes all the similar content to the main page. The longer the user uses the app, the better it knows what videos to show you. Definitely leaving the users hooked.

One of the reasons why it is so addicting, aside from the algorithm giving the user what it thinks that the user wants to watch, is the gamble for another video to watch. The way it works is that, the short videos that users see on their FYP are either from people they follow, the people that the app thinks are entertaining to the user, and sometimes just unexplainable content that gets pushed to the user’s For You Page somehow. And this creates a sense of excitement, not knowing what video the user will watch next. Also, with the attention span of audiences getting shorter and shorter, compared to Youtube videos which normally have a duration of 5 to 10 minutes, TikTok videos are only around 60 seconds, which are far more easy to be consumed by the general audience.

Why Use TikTok for Marketing?

With a billion active users, from a marketing standpoint, this is the logical way to go. Follow the crowd. Know where the audience is. Know your target market. Build your presence. The numbers of users alone should be a green flag in terms of your marketing strategy. Being able to tap into the endless potential that this platform has can surely do wonders for your business.

TikTok provides businesses and marketers with an even playing field. It’s a totally different social media platform than marketers are used to. In social media platforms such as Facebook, Instagram, or Youtube, a huge following normally equals the number of views. Even to the point that spending a sizable amount in boosting pages can give you an instant following, but that doesn’t mean that it was organically grown. So the strategy is always to build the brand image, build an audience, and create a loyal following. For Tiktok, it is the absolute opposite. Empty accounts with few videos that have little to zero following can still generate millions of views on a newly posted video. What’s great about this is that as long as the content is authentic and appealing, despite the follower count, the engagement will definitely have great reach.

Brands spend thousands, if not millions, to make high-quality videos to be consumed by the audience. Depending on the execution, more investment sometimes doesn’t really equate to more revenue. Another reason to use this platform for marketing, is the little to no cost in production value. Users want authenticity and honesty, and just using a regular smartphone on this app is actually already a standard. There isn’t any  need for expensive cameras, expensive lights, and expensive set designs. Just decent audio, a smartphone, and decent lighting should do the trick. As long as the content is engaging and entertaining, of course.

In this day and age, when users prefer watching videos than reading, capitalizing on this situation is a really good idea. With authentic and engaging content, and with an algorithm that is mainly content driven, building a following is not as difficult as with other social media platforms. Being original and one of a kind should be your main focus when marketing on TikTok. Plan and formulate methods to guarantee that you stand out. Create a catchphrase, make a unique logo, talk a certain way, create your signature flavor. Anything that can make the audience entertained and occupied. Make sure that the user doesn’t scroll up. Also with considering followers and supporters as part of a community and with a feature to reply to comments with videos, content creators are able to build connections with their audience much better than with other platforms.

People are smart enough to distinguish an advertisement from regular content. This is where businesses and marketers need to be creative like Taco Bell and Dolly Parton doing musicals on TikTok read more on Lordping’s blog. The audience are more intelligent now, and advertisements should be thought about meticulously. Authenticity and entertaining the audience should always be the main focus, and if you’re smart enough to build an audience, and if they’re smart enough to tell the difference between ads and regular content, and you still manage to entertain the users despite that. Sales might just come your way.

The aforementioned algorithm doesn’t just cater to local audiences, but to the entire globe. With good, and more importantly, consistent content creation, your short-video can reach the farthest regions of the world. TikTok is more than one of the biggest social media platforms to ever exist, it’s also a marketing goldmine. Once you’ve mastered and utilized the ins and outs of this app, it can do wonders for your business.

How To Pass Your G1 Driving Test On The First Try? What Makes a Great MSP? 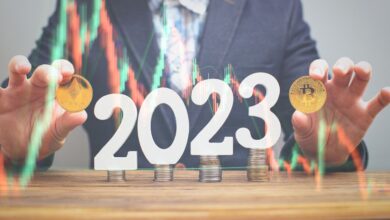